Haha na I'm just a little under 6'2, I just had a decent jump was all
N

ha ha ! I remember seeing a video of you singing about 15 years ago, you walked out of the venue, into the street and kept singing and the camera followed you ?!

my nephew told me today he saw Sheamus wrestle in Nenagh in the years ago when he was a heel.

Haha that gig was in The Tap, they made the mistake of giving me a wireless mic for the first time ever
N

watched the 1992 Royal Rumble last night.
the first two in were Davy Boy Smith and Ted Dibaise (sic).
Ric Flair who was new to the WFF, had been talking up his chances and was in third.
Flair ended up winning the WFF championship after Sid 'Justice' and the Hulkster had a farcical falling out after Sid elimInated Hulk and got distracted by Hulk being a sore loser rather than finishing Flair off.

it was the first time someone who was in early on won.
sadly a huge amount of the people inc. managers, commentators and many of the wrestlers are now dead.
it seemed like nearly every second person you saw was gone.

Overall it all mainly made me realise I don't regret only watching a handful of big matches a year these days.

pete said:
this is brilliant 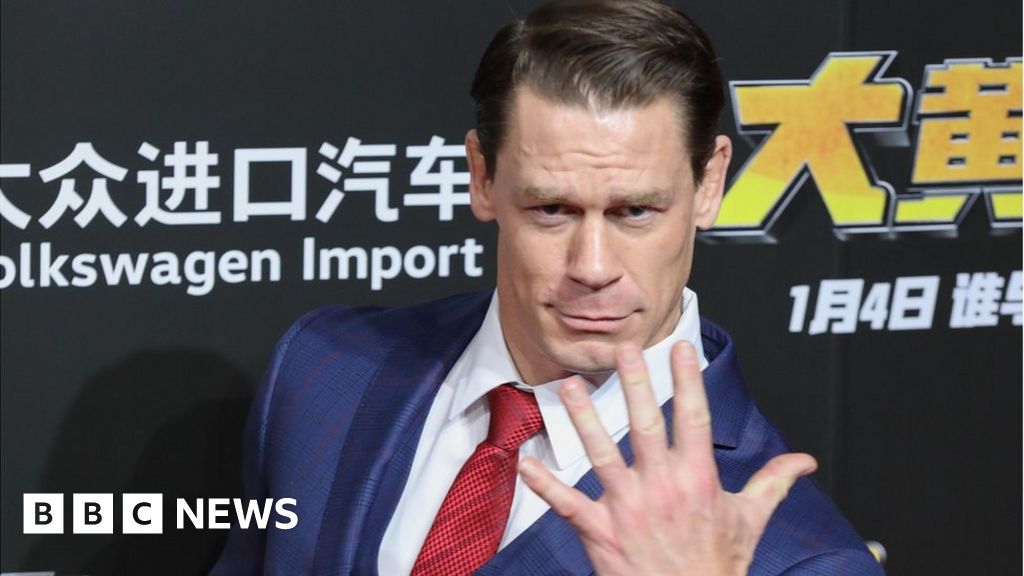 John Cena posts a video apology in Chinese after describing Taiwan as a "country".
www.bbc.com

LOL, it is Taiwan

I've been watching Raw and Smackdown on Virgin 2 the odd time and I forgot how fucking hilarious wrestling is.
I think the funniest right now are Riddle and the Commander Aziz lad, pretending he is some Nigerian army lad, amazing

Alexander Ludwig is a sound lad

Does no one here watch AEW? That’s where all the action is these days.

MacDara said:
Does no one here watch AEW? That’s where all the action is these days.
Click to expand...

I don't even know where to watch it.

Unicron said:
I don't even know where to watch it.
Click to expand...

ITV 4 (you can watch online with a VPN). Or subscribe to AEW Plus for a fiver a month. Also you can watch the B shows Dark and Dark Elevation on their YouTube, those are great fun.

I’m setting my alarm for 3am this Saturday for the second episode of AEW Rampage. It’s supposed to be the big one.

I've been buying the PPVs and nearly always watch some of Dynamite. Have now started up a subscription via Fite so I can watch both for the next few months in anticipation of BIG STUFF.

It really is loads of fun and even when something is terrible you know there's going to be something else along soon which is great and makes up for it.
New posts

Does anyone have any recommendations for getting foam replaced on woofers?