rettucs said:
yeah, that makes sense. Except I can't bring myself to vote for any party. All the main ones are cunts. And you might as well be voting independent as any of the small ones. The indos form alliances (ie: the speaking group) once elected so they're not completely useless. And voting for someone from a party who are, effectively, told what to think, is something I will never do. Politics is fucked up.
Click to expand...

Yeah I suppose that all makes sense too. Still have a bit more respect for those who fully nail their colours to the mast. 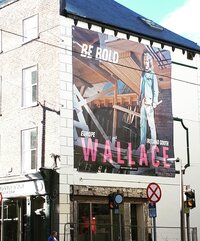 what is this election about again?


what is this election about again?
Click to expand...

Luxuriant hair, by the looks of it, and possibly a few T-squares as well

Unicron said:
Claire Daly would be a bit of a waste if she get's the MEP spot no?
Click to expand...

yeah, definitely. She must not have the fight in her anymore for day-to-day Dail shite.

when you consider that MEP is considered the 'naughty step' for some of the major parties (Phil Hogan, Charlie McCreevey), you'd have to think it's looked on, somewhat, as a handy number.

rettucs said:
when you consider that MEP is considered the 'naughty step' for some of the major parties (Phil Hogan, Charlie McCreevey), you'd have to think it's looked on, somewhat, as a handy number.
Click to expand...

Those were commissioner jobs weren't they?

Unicron said:
Those were commissioner jobs weren't they?
Click to expand...

yeah, in Hogan's case. Don't remember McCreevey. But I distinctly remember both being sent to Europe because they were acting the bollox at home.

hermie said:
Yeah I suppose that all makes sense too. Still have a bit more respect for those who fully nail their colours to the mast.
Click to expand...

There's a trick in that - for example Clare Daly is Indie in Ireland but has publicly mentioned that she'd be essentially aligning with these if she goes to europe. I'd say Wallace would follow. 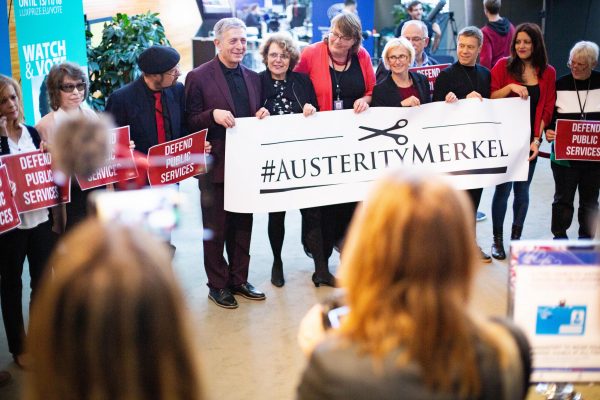 The Left Our group brings together left-wing MEPs in the European Parliament.

rettucs said:
yeah, definitely. She must not have the fight in her anymore for day-to-day Dail shite.

when you consider that MEP is considered the 'naughty step' for some of the major parties (Phil Hogan, Charlie McCreevey), you'd have to think it's looked on, somewhat, as a handy number.
Click to expand...

I dunno - I'm starting to think its the other way, the Dail being a depot and the EU being the factory. It'd be bad politics for the FFG to say it was more important to them, because it'd undermine their dail campaigns.

I'm learning on the fly though, Might turn around and say its bullshit in a fortnight.

@egg_ thats true about the turf cutting ticket. I'm in two minds about it, entirely because I actually read his cannabis bill a dew years back and it was pretty impressive.

ernesto said:
Some nice recycling arrived in the post......

my guesses are out of line with polling. 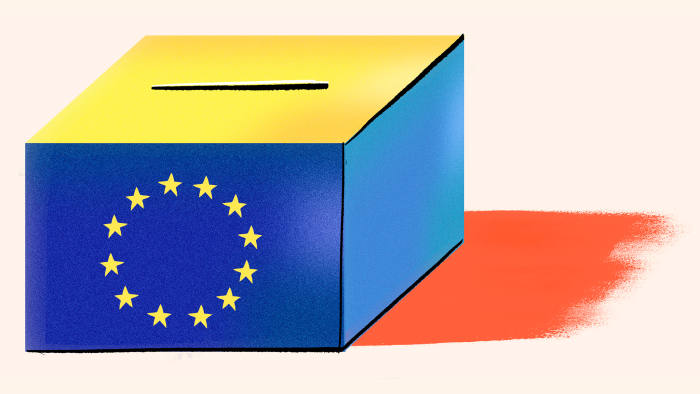 I see there's a pro bestiality candidate running in Kerry. I think he's a cousin of the healy rae's.

Anyone that comes to our door gets asked how they voted in the last two referenda. 2 out of 3 have been "pro-life".

hermie said:
I sort of object to independents in general. There are more than enough parties to be able to choose one that broadly represents where you sit on the political spectrum. It's just a cop-out to pretend you're not like the rest of them. And frankly is a bit arrogant. Also they invariably just look after their locale and very rarely harbour a bigger picture view of what might be good for the country. I suppose they make more sense when voting in local elections compared to general (where the hope is to be able to bribe the government for a few concessions in the case of a closely run election) but still.
Click to expand...

My grandfather had described independents as being a corruption of politics and undemocratic.

But he had been a life long fianna failer so,,,,

For the locals, my no. 1 will be an independent but there is poor choice 2 ff, 3 fg, 2 sf, 1 green and 5 independents (one is a supporter of Shane Ross so will not get preference).

I do know one of the ff so will feature somewhere on my preference list, probably no. 4. I also know the independent I'm voting no. 1.

The Shane Ross supporting independent has driven past me before with his dog on his lap and the dog barking at me while he was driving. Definitely not getting a vote, even if he didn't support Ross.

rettucs said:
yeah, definitely. She must not have the fight in her anymore for day-to-day Dail shite.

when you consider that MEP is considered the 'naughty step' for some of the major parties (Phil Hogan, Charlie McCreevey), you'd have to think it's looked on, somewhat, as a handy number.
Click to expand...

Well it is not a permanent position either so even if she was to get elected to the EP she could easily end up back in the Dail later on. But it must be an interesting and attractive move career wise and maybe even more so for the independent TDs who don't have the support or the constraints of being in a large party. With the established partys I'd be inclined to think that they are the ones with the experience and who know the ropes but maybe that is also the problem with some individuals also who are continuously in office. The social democratic's have someone running in my area so I might give them a bit of a vote otherwise I will probably just vote some old guy who's been at it yonks. There are some well known EU MPs in my constituency who I have seen in the media regarding the Brexit so they will probably get my vote also.

MepRanking.eu, the best quantitative analysis of the EP activity

Heres a thing for looking at MEPs through numbers.

Faced with this reality, we cannot afford to waste our votes on tribal local politics. The European Union is one of the most powerful forces in the shaping of the global response to climate change. Each of us as voters has a chance to influence the way it uses that power.

We have to be ruthlessly objective about this. Green-tinged platitudes are useless. What matters are two basic questions. What group will the candidate sit with in the European Parliament? And how does that group vote on climate change?

The best objective analysis of voting patterns in the EP is published by Climate Change Action Europe (CAN), the umbrella body for 1700 civil society environmental organisations across the continent. It is based, not on rhetorical claims, but on what actually happens in the parliament. And from an Irish point of view it is shameful. CAN’s report says: “The ranking of the Irish political parties reveals a shocking apathy of their MEPs towards the importance of EU climate action”.


Defenders, delayers and dinosaurs
It divides European groups into three types: defenders, delayers and dinosaurs. The defenders are actively engaged in trying to save us from a climate change catastrophe. The delayers are taking the St Augustine line: make us green but not yet. The dinosaurs are simply refusing to face the scale of the challenge and are therefore stopping everyone else from responding to it with the necessary urgency.

If you vote Fine Gael on Friday, you’re voting for the European People’s Party. It is a climate change dinosaur. Its score of 14.3 out of a hundred on CAN’s tracker “is the most shocking result and reflects the fact that on the most important decisions on EU climate and energy legislation they have shown a complete lack of support for climate action.”

To put this into context, Fine Gael’s group is actually worse on climate change legislation in the EP than the far-right Europe of Nations and Freedom gang. Given the party’s dire domestic record on climate change over the last eight years, this should not be so much of a surprise. But it is at least clear – if you vote for Fine Gael on Friday, you are voting for almost complete inaction by the EU on the biggest crisis facing humanity.

‘Climate action’
Fianna Fáil is slightly better. If you vote for one of its candidates on Friday, you are actually voting for the Alliance of Liberals and Democrats for Europe (ALDE). It is ranked as a delayer rather than a dinosaur. It gets 38 out of a hundred from CAN – which marks it among those “who believe in the need for climate action, but do not act with the required urgency”. There is a complication here in that Fianna Fáil’s only outgoing MEP, Brian Crowley, chose to sit with the European conservatives and reformists whose record is abysmal, even worse than the EPP’s.

Of the Irish parties with representation in the outgoing EP, Sinn Féin is the best performer, but even it does not make it beyond the delayers category, with a score of 49 out of a hundred. If you vote for Sinn Féin on Friday, however, you are also voting for the European United Left-Nordic Green Left, which does rank among the climate change defenders with a score of 66. So Sinn Féin’s position is rather ambivalent: it is a laggard in a good group. (Luke “Ming” Flanagan is also a member.)

What is not ambivalent is that Ireland currently has no members of the other two EP groups with good records on climate change. Nessa Childers sat with the Progressive Alliance of Socialists and Democrats but is not seeking re-election.

The Greens have been “a very coherent and uniform group” with a clear and consistent focus on the single most important issue for Europe and the planet. Climate change deniers are now in power across much of the world. The fight between survival and suicide is here and now. On Friday we get to pick which side we’re on.
Click to expand...

Fintan O’Toole: We must vote for survival of our species on Friday

Our MEPs have a dire record on climate change. We must put it at top of EU agenda

Fg maria Walsh keeps talking about climate change and I'm just wondering if she doesn't know what party she has signed up to run for when you see how badly they perform in the Ep on voting for climate action.