Overview:
“The Talkies” was recorded in November 2018 at Ballintubbert House, a stately home on the outskirts of Dublin “a few pay grades above what we’re used to”. The alien construction of Ballintubbert and its corridors help to navigate Girl Bands cataclysmic sound within a world of its own.

Bandmember Alan Duggan underlines this thought: “In many ways the idea behind the album was to make an audio representation of the house” - Daniel continues - “We recorded all the drums twice: once on the landing and once in the cellar, and during production we could actually cut in between both these sounds.”

Daniel with his feet in both camps as musician and producer explains: “After we cancelled the last tour we weren’t really writing together as much anymore so we were more into demoing and writing down parts then cutting them up, collaging them together in the computer and reconfiguring them that way”.

In Oona we found an incredible co-conspirator, I couldn’t imagine any other dancer being able to bring that combination of beauty and violence to the video. The idea grew out of Dara’s reference to the character of Ed Mordake, a man with two faces, so duality was a major theme. It was interesting for me to see how well dance allows an idea to live in the abstract so it can remain very open. It can mean what it means to the band, and also what it means to Oona and to myself. Hopefully that translates in a way that people watching it can find something in it to relate to, strange as it may be.” 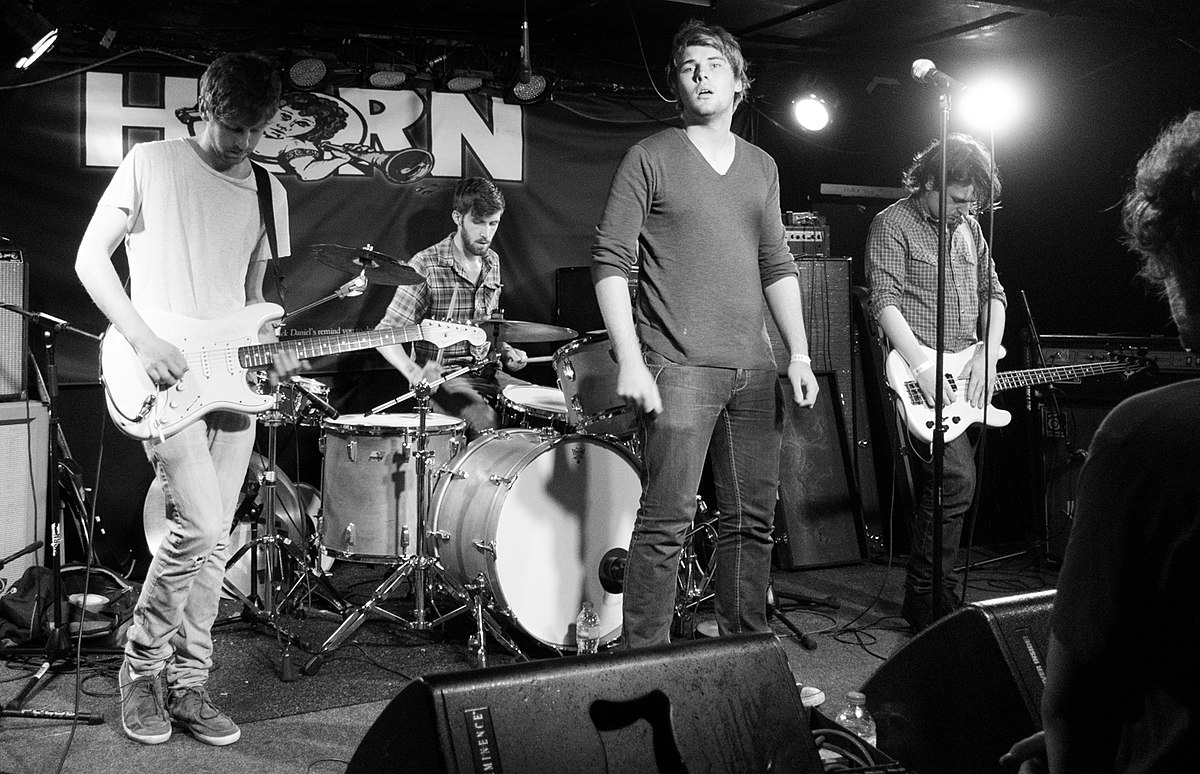 This is the excuse I need to buy this. Don’t they have a new 7” out too? Might be one for Thumped Singles Club.

This isn't even Irish, where's the fiddledy-dee??
N

this is a good LP apart a brief boring final track.

it's too studied to be totally killer.
the vocals are a dead give away, they're the weak point here -
too orthodox for most of the music and not unhinged enough.

the odd clever reference in the lyrics - "Jaap Staam-ering".

i'm really glad and surprised something like this is popular. especially
in Ireland where the music media has always been so conservative
when i hear bands like this they're usually condemned to sell a few
hundred copies of their LP's - so good luck to 'em.

when GB played in Dublin in late 2019 i was at another gig in Dublin that
night and when i got off the bus home, i asked a guy in his late teens
who was on the 160 km bus journey back, had he been at a gig ?
and he said "Girl Band".
i went home and checked them out having only heard the name before.
so it strikes me these guys would be a big gateway band.

Cornu Ammonis said:
This is the excuse I need to buy this. Don’t they have a new 7” out too? Might be one for Thumped Singles Club.
Click to expand...

I think the new single is sold out. Shoulder blades off the album was released as a 12" single too. Might have to join in for this one. I know them and they're sound, even gave me a copy of the records.

I've got a feeling I don't like them, but @nuke terrorist 's post has motivated me to go listen.

I've never really listened to them but I had an idea what they do. Dissonant, noise rock.
First impression from the samples, good energy, Angry Mark E Smith vocals....
I'll have a proper listen.

I passed on the first album for aaaages as I thought they were going to be some sort of shite indie ironyrock band but my mate sent me a video of them doing SXSW or similar and it was deadly. Must see if I can find it...

It's not for me these days but I like that they're out there, doing what they do, abusing their instruments in these ways

I bought and used to play their first single a lot on my old Radioactive show (around 2016). I liked it fine. They got lost in the many Irish bands with Girl in the name. I'll give it a go later.

Haven't listened to the album in a few months but I did really enjoy it at the time. Really claustrophobic and vaguely nightmarish atmosphere to it. They are a brilliant live band, they're one of the few bands that are making me miss live gigs right now. Must give it another listen.

Anthony said:
They got lost in the many Irish bands with Girl in the name.
Click to expand...

Girls Aloud were part Irish so they count. So, at least 3

Nah, there was more than that. I based a whole show on it.

Hmmm, don't like it, not my cup of tea. Maybe I'm getting old but I hear your man 'singing' and all I hear is "aaaaaaagh agggggggggggh aaaaaaaaaaghgh" and I feel like he should stop that and sing properly. I can't get passed that, maybe the rest of the band is good but after three listens it's still just shouting and stylised noisy stuff to me and I'm not giving it anymore time. I've only listened to After The Goldrush once this week.