‘The man beyond the myth.’ So goes the tagline for Mr Holmes, an adaptation of Mitch Cullin’s 2005 novel A Slight Trick Of The Mind, which imagines a version of Sherlock Holmes in his dotage, well after the escapades that made him Sir Arthur Conan Doyle’s most remembered creation. But what man? And what myth?

Although spun from the final Holmes story, ‘His Last Bow’, and also perhaps the offhand remark by the ur-Holmes, Jeremy Brett, that the great detective of Baker Street would spend his retirement “beekeeping in Kent”, Mr Holmes posits a Sherlock very different from the original tales – and for that matter Brett’s own masterful TV depictions, though it is cast in similarly muted visual tones.

Bill Condon’s film, which reunites the director with his star Ian McKellan some 17 years after James Whale biopic Gods and Monsters, gives us an aged and ailing Holmes, indeed retired to the south coast (maybe Kent, as Brett suggested, or the Sussex Downs, as Sir Arthur himself had it – anyway he’s near some white cliffs and it doesn’t really matter) and tending to his hives. His detective days behind him, he’s also without his dear friend Watson, or even his housekeeper Mrs Hudson. In their stead, as unlikely as it seems for Holmes to wind up in the company of their like, are the homely, well-meaning Mrs Munro (a barely recognisable Laura Linney) and her precocious son Roger (Milo Parker). What a pale imitation they are.

Just as pallid is the main drive of the story, which attempts to turn the tables and have the mystery Holmes needs to solve be Holmes himself, before senility takes what remains of his great wits – but finds its solution, by way of multiple flashbacks, in the kind of sentimental guff the real Holmes, no matter what age, would never abide. There’s a B-plot mystery too, because why not, but it’s elementary stuff. Nothing here on the level of mind-twisters like ‘The Sign of Four’ or ‘The Speckled Band’.

Paler still is McKellan’s reading of Holmes. Sir Ian is clearly inspired by both the master Brett and the classic Basil Rathbone before him, aping their tone and diction, and here and there affecting the same aloof rattiness, that deliberately unnerving persona that Brett perfected. But it’s mere affectation; where Brett would veritably transform himself for the character – with that stiffened, tightly wound, catlike poise – McKellan’s Holmes is a softy, hunched as he ambles around on his cane, crumpled as he slumps into his bed or his high-backed chair. He puts his all into the character as written for him here, no mistaking that, but everything he does feels wrong.

That only brings us to the story’s fatal undermining flaw because yet again, alas, we have a production that fails utterly to understand the essence of Sherlock Holmes. Cullin’s story, and Condon’s take on it, are determined to give Holmes a humanity they feel he’s lacking, as if that coolly analytical, often rude and standoffish man from the books were but a fiction, a disguise hiding the ‘real’ Holmes beneath. Person and persona and all that.

But the whole point of Sherlock Holmes is that he doesn’t express humanity as you or I would understand it. He is, to his very core, exactly as he is portrayed in the original stories: a creature of pure logic, an organic problem-solving machine. Has has no time for pleasantries, for the frivolities that colour our lives, for emotion or sentimentality. Forget not suffering fools gladly; Holmes doesn’t suffer anyone. Even Watson, his closest ‘friend’, is for the longest time a curiosity to him above all else. He holds no stock in the things that make life worth living for the rest of us. That’s what Watson is for, in part: as Holmes’ humanising factor.

Yet Mr Holmes persists with the notion that Sherlock Holmes is some misunderstood tragic figure, lumped for years with a bumbling accomplice, and that all he needed was a deep emotional connection with a woman or a child to make him whole or something like that. Gah, I spit on it! It’s fan fiction of the worst kind, and it has no business being on a cinema screen pretending that there’s any man behind the myth of its own making. 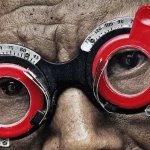 Previous
The Look Of Silence 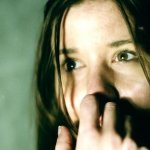 Next
Circuit des Yeux – Grateful And Humbled And A Little Confused