The Look Of Silence

Few films in recent memory have been as shocking as Joshua Oppenheimer’s debut feature, The Act of Killing. Three years on, it has lost none of its power. It’s a remarkably beautiful film, full of formal and aesthetic innovation, and one that enacts a radical reinterpretation of what is possible within the documentary form. In 1965, the Indonesian Communist Party (PKI) was purged by the military and political Islamic forces, resulting in an estimated one million deaths of suspected communists and the installation of a right-wing military dictatorship that continues today. Oppenheimer’s film follows some of the perpetrators as they get together, dress up in strange clothes and re-enact their killings for his camera. They make one-act teleplays out of their murderous pasts, dramatised with all the schlock of Hollywood. It’s genuinely incredible footage; funny, cartoonish, absurd, but genuine and, when it sinks in, quite terrifying.

There were some obvious issues with Oppenheimer’s approach, namely the often playful rendering of what are undoubtedly some of the worst mass murders of the past century, as told entirely by the perpetrators. It’s a dangerous destabilisation of the way such acts are usually portrayed, creating a beautiful, humorous surface on top of unimaginable violence. The results are either a renewed way of seeing that violence, of bringing a buried horror up to a fresh light, or an orientalised exploitation of a national and international tragedy for the benefit of otherwise uncaring Western audiences. Perhaps it’s both. Either way, it is a truly original piece of film-making, a self-conscious investigation into the effect of the camera on a people, on a history and on an audience. It is not an easy film to forget.

The Look Of Silence is Oppenheimer’s follow-up film, a revisitation which enacts a series of revisitations, this time from the perspective of the victims. While The Act of Killing allowed the killers the time and space to present their own versions of events, calculated of course to make themselves out as heroes, as fearless men who killed without compunction, The Look of Silence follows Adi Rukun, the youngest son of a family deeply affected by the genocidal killings. Adi’s older brother Ramli was tortured, dismembered and killed by a local group of the Komando Aksi death squad. His parents are now old and feeble, still living among neighbours who were complicit in the killing of their son. Under the auspices of fitting former Komando men for glasses, Adi asks them about their role in the killing of his brother, gradually becoming more open and confrontational in his line of questioning. Adi also watches interviews conducted by Oppenheimer a decade previous, where men who now blank or threaten him talk in grizzly detail about that same killing. One has proudly written and illustrated a book about the event.

The Look Of Silence is formally far more straight-forward than its predecessor, eschewing the colourful scenes full of dancing, play-acting mass murderers in favour of a more sombre tone. Its lead character is someone who wasn’t present at the killings, but who lives with the consequences of those acts. He is raising children of his own in a country that violently murdered their uncle and refuses, on any official level, to acknowledge that crime. His pain at the life-long absence of his brother, and his frustration at the silent treatment he receives from all those responsible is what makes this film hard to watch. It circles around a vacuum, unable to fill it with the strange personalities and blood-curdling stories that constituted The Act of Killing. However, with the inclusion of Adi’s parents and children, as well as the families of the killers, it is intensely personal in a way that The Act of Killing is certainly not. The physical closeness of the killers and the victims, all living together within the range of one travelling optometrist, is one of the film’s most powerful undercurrents.

Oppenheimer himself is also included far more often, as the people being interviewed make reference to previous interviews with him. He never emerges from behind the camera but Oppenheimer becomes an active agent as his handling of the interview situation differs markedly from Adi’s. Oppenheimer’s lack of obvious judgement is replaced by Adi’s deep-seated resentment and pain-filled confrontation, and the interviewees feel that shift acutely. They meet Adi’s inquisition with one of a few strategies; either silence, a water-under-the-bridge evasion which is as good as silence, or with a threat. These former leaders of the Komando, men who have become community leaders and politicians, push back against Adi’s questioning with the full might of their wealth and position, determined to make sure sleeping dogs stay sleeping. As the film wears on, Adi looks not so much for answers or even regret, but simply for acknowledgement of what happened to his brother. Not an admission of guilt or any kind of reparation, merely an admission of presence which might puncture the void of his loss. It is not forthcoming – all he gets are stories about drinking human blood so as not to go insane.

One of the primary criticisms of The Act of Killing was that it foregoes any engagement with the politics that influenced the genocide, most pertinently the involvement of the CIA in the killings. The CIA is known to have provided the Indonesian military with money, weapons and extensive lists of Communists to be targeted, and many of the officers in the Indonesian army were trained by the American military. Though the film never openly mentions any of this, Oppenheimer has used award speeches to bring up the American (and British) governments’ refusal to acknowledge any role in the killings. (The question of whether Oppenheimer would be getting such awards had the film brought up these sticky details remains unanswerable.) The Look Of Silence does mention the Americans, with one Komando Aksi leader suggesting an American cruise would have been fine reward for the work they’d done. The brief appearance of an American television news report from the time makes the link clear, but it remains more suggestive than avowedly critical. Adi receives a “look of silence” not only from those killers in his neighbourhood, but also from the world political powers which encouraged and supported those killers, who framed their deeds as a folk uprising against an oppressive communist regime rather than a genocidal coup. He will likely be waiting even longer for acknowledgement from those quarters.

All in all, The Look of Silence is a less shocking film than The Act of Killing, a more tempered and sober look at a tragedy from a painfully personal angle. Adi is an excellent centre-point, approaching his incredibly dangerous task with a combination of bravery and restraint. The film collapses the obvious binaries of the love-filled home life and the violent political life into the melting pot of the local community, the neighbourhood and the work-place. There the powerful historical forces and the no-less-powerful emotions of grief, love, resentment, confusion and worry become inextricably fused – the fates of the individual, the family and the nation becoming inseparable. It’s perhaps a less daring work by the film-maker, but one which facilitates the incredibly daring work of its central character. In a sense, it is a less interesting film, a more easily pigeon-holed film, but perhaps that only confirms the criticisms of its predecessor – maybe we are just interested in pretty pictures, and less so in what they conceal. The Look of Silence is rarely a pretty film, but one worth watching all the same. 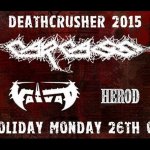 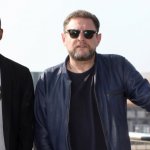 Next
Shaun Ryder – There Were A Lot Of Nods And Winks