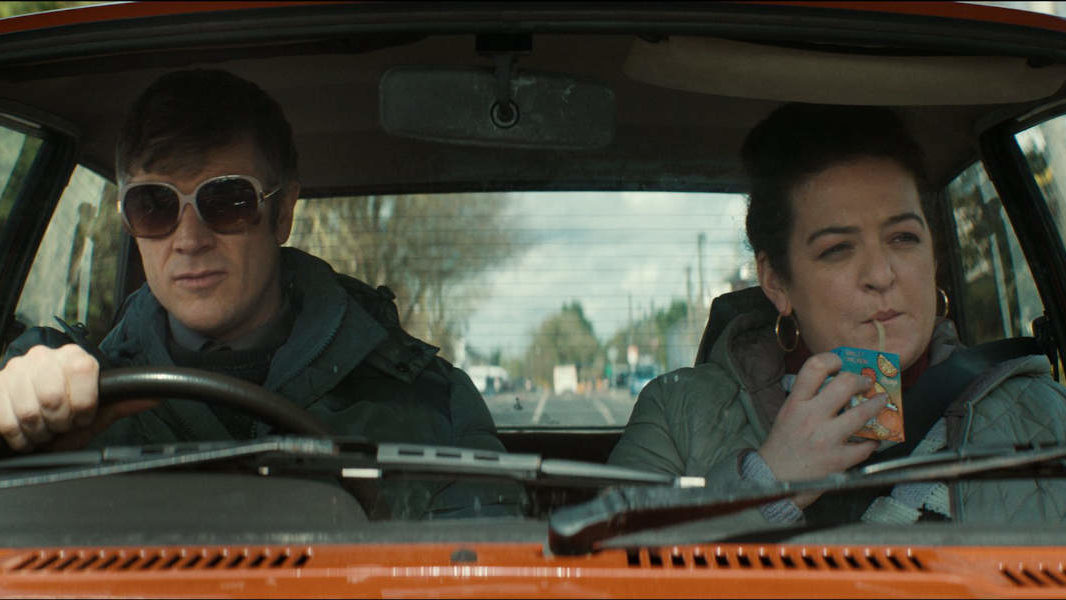 When Extra Ordinary works, it really works. The debutante feature-directing duo of Mike Ahern and Enda Loughman take the same absurdist streak that’s long fuelled their work in adverts and music videos as D.A.D.D.Y. (which I’m sure at one point was an acronym for ‘Design Art Design Design Yay’) and plug it into what’s essentially an Irish Ghostbusters, with often genuinely funny results.

Set in an unnamed provincial town, Extra Ordinary centres on Rose Dooley (Maeve Higgins), the gifted daughter of a once-famed TV supernaturalist lost in tragic circumstances, and whose resolve to leave her exorcist days behind is tested by the pleading of Martin Martin, a local dad and widower whose home is haunted by the poltergeist of his not-so-dearly departed wife. So far, so quirky.

However, Rose soon finds she has bigger fish to fry in the form of Christian Winter (former Saturday Night Live cast member Will Forte), a blow-in American musician who’s turned to the dark arts to revive a flagging career. His Faustian scheme involves the sacrifice of a local virgin girl in his forbidding Gothic pile — par for the course with the Devil, really — and when Martin’s daughter becomes Christian’s latest quarry, that’s when Rose really needs to step up to fight her demons, figuratively and literally.

Plot-wise it’s nothing particularly remarkable — that’s the ‘Ordinary’ part. The ‘Extra’ comes in the persistent, if mild, oddball tone, with characters heightened into caricatures just enough, without tipping over into the too-far-fetched, and situations that parody what we recognise about ourselves rather than pandering to Americans’ begorrah fantasies.

That’s certainly refreshing, and one of its strengths, but it’s also a potential weakness in that minor yet defiantly weird (and very culturally specific) situationist gags around parochial mores, Chinese takeaways and the aesthetics of Irish television, while mined like a gravel for laughs here, are unlikely to translate well beyond this island. There’s also one gag lifted pretty much wholesale from the end of the excellent animated horror comedy ParaNorman, perhaps betraying Ahern and Loughman’s influences a little too plainly for comfort.

Most, not all, of the performances do a lot to counterbalance those concerns. Forte especially has a ball as an evil Chris de Burgh — whether lording about the countryside with his Rick Wakeman cape and phallic staff or singing praise to the prince of darkness to the tune of ‘Olé, Olé, Olé’. While under-utilised, Claudia O’Doherty (hilarious in Netflix series Love) has moments as Christian’s bitchy wife, and Ward gives a comedic tour de force in the final act, even if the conceit is a hackneyed one.

The weak link is Higgins, who might have been going for some kind of lackadaisical approachability but really seems like she can’t be arsed to join in when everyone else around her is giving it socks and sinking their teeth into the heightened premise. She is, in a word, dire, and it’s only thanks to the rest of the cast — and the film-makers’ consistent vision — that her execrable performance doesn’t condemn the entire enterprise to the file of lost causes.

Next
Purple Jews – A Tribute Night For David Berman