Fans of TV’s Sherlock Holmes — I mean the real one, with Jeremy Brett, not the rubbish modern-day Benedict Cumberbatch version — have been starved for a proper big-screen outing in that world, with all those sinister goings-on hidden beneath the veil of Victorian formality. Guy Ritchie’s Robert Downey Jr-starring whizz-bang action flicks don’t count; neither does 2015’s Mr Holmes, which transplants an ageing Sherlock to the Sussex coast. And certainly not that failed adaptation of Alan Moore’s From Hell. It seems it’s up to The Limehouse Golem (a story that has nothing to do with Sherlock Holmes whatsoever) to bring a proper Holmesian mystery to cinemas. Be forewarned, however, that the gruesome tale told here is far more lurid than your usual Sunday evening drama.

Bill Nighy gets to show off his Serious Thespian chops as Kildare, a detective recovering his name after a past scandal, who finds himself thrown in at the deep end with two murder cases. One concerns a series of ghastly, Jack the Ripper-styled deaths in a less-than-salubrious district of London’s East End — killings that the rumour mill has blamed on a golem, the magical monster of Jewish folklore. (You can join the dots of anti-semitism there yourself.) The other is a relatively simple poisoning of a husband by his abused wife, though the accused has a reputation of her own, being Lizzie Cree (Olivia Cooke), a rags-to-riches former music hall sensation — under the wing of the notorious Dan Leno (Douglas Booth) — whose star fell almost as swiftly as it rose.

As the facts emerge, it quickly becomes clear to Kildare that the two cases may be inextricably linked. Everything seems to point to someone with a connection to Lizzie’s theatre as the perpetrator of the crimes — though an amusing series of ruling-out-the-suspects vignettes sees even the father of socialism himself, Karl Marx, under Kildare’s suspicions. But who might it be? The poisoned husband, a failed playwright with a chip on his shoulder? The erstwhile starlet of the music hall, a Spanish temptress who’s somehow become the Cree household’s maid? Perhaps even the hall’s proprietor, a seemingly kindly man with a shady edge? And what does Lizzie know of these terrible crimes? Did suspecting her husband of the deeds move her to murder? Or is there something else going on? Sherlock Holmes would have a field day with this one.

Adapted by Jane Goldman from Peter Ackroyd’s 1994 novel Dan Leno and the Limehouse Golem, the twisty plot weaves real-life characters (Leno was a legendary comic performer and pantomime dame who celebrated the lives of London’s working class) with grisly true-crime trappings more akin to a Grand Guignol horror than a period whodunnit. The theatrical setting also allows for a certain licence where it comes to the exaggerated mood; Spanish-American filmmaker Juan Carlos Medina delights in the jeering crowds, leering faces and shadowy streets of his hyperrealistic London. And at the core is the strange dance of Nighy’s dour but dogged detective around Cooke’s saucer-eyed ingenue and the fanciful characters of her music hall ‘family’. The metaphor does not escape this reviewer: near everyone’s an actor, putting forward a face to the world that hides their true nature. Very smartly done, even if it might fit more comfortably on the small screen than in the cinema. 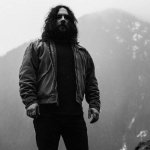 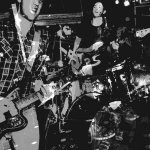