Where to leave the sad, broken, yet strangely peaceful looking bodies of young male prostitutes likely covered in DNA evidence in town? (1 Viewer)

rettucs said:
My missus used to live up in Beacon, near Dundrum. There are blocks and blocks of apartments there. She said that a lot of sex workers worked out of those apartments, and they used to play 'spot the punter' as some spotty college kid took an hour from the books to get his willy seen to, and would be wandering the corridors of their apartment building.
Click to expand...

“I’m getting grinds in anatomy, honest!”

I was reading this book "Don't Sleep, there's snakes (Everett)" on linguistics from a missionary who went to South America to teach the primative locals about Jesus. After a couple of years they had devastated his belief in God and generally cured him of his religious leanings with simple questions, he left his church, and generally turned his life around.

Another thing that might be interesting in modern Ireland would be how the ratio of immigrants in sex workers compares to the general population.

I'd expect it would skew towards higher immigrant numbers in general, but how do the numbers break down. Do some countries dominate, or is it an even distribution. What fraction of sex workers are essentially slaves.

Then you could work backwards and see if there's any hubs in the graph, try to work back to the importers. Presumably the cops are doing that kind of thing in the EU. Be interesting to do graph analysis though, see what pops out.

flashback said:
see what pops out.
Click to expand... 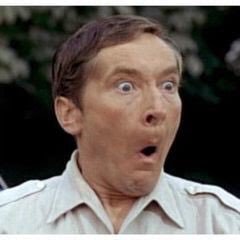 S
NOISE: Where is This - In the Privacy of Your Own Home