Overview:
Loveless is the second studio album by alternative rock band My Bloody Valentine. Released on 4 November 1991, Loveless was recorded over a two-year period between 1989 and 1991 in nineteen recording studios. Lead vocalist and guitarist Kevin Shields dominated the recording process; he sought to achieve a particular sound for the record, making use of various techniques such as guitars strummed with a tremolo bar, sampled drum loops, and obscured vocals. A large number of engineers were hired and fired during the process, although the band finally gave credit on the album sleeve to anyone who was present during the recordings, "even if all they did was make tea", according to Shields.[1] The recording of Loveless is rumoured to have cost £250,000, a figure that came close to bankrupting the band's record label Creation Records.
My Bloody Valentine's relationship with Creation Records deteriorated during the album's recording, and the band was removed from the label after the record's release due to the difficulty and expense of working with Shields. While Loveless did not achieve great commercial success, the album was well received by critics. Widely regarded as a landmark work of the shoegazing genre, the record has been cited as an influence to several artists, and by critics as one of the best albums of the 1990s. 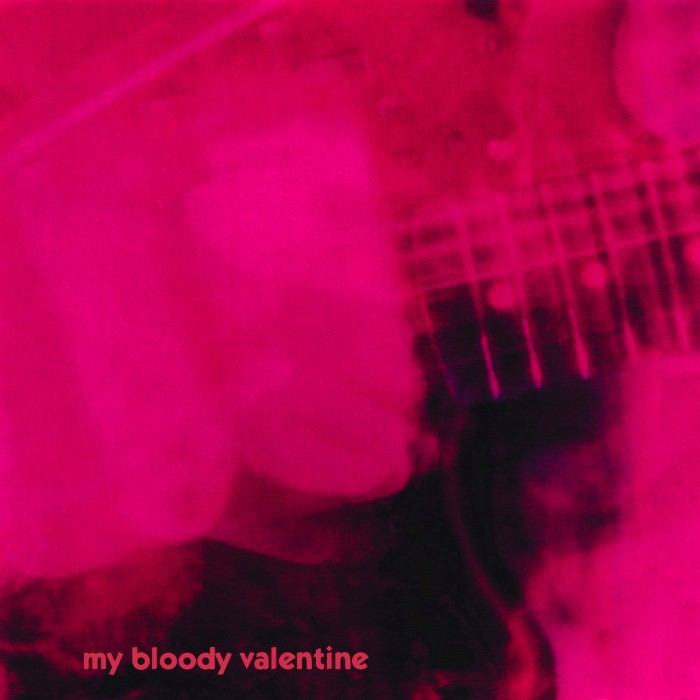 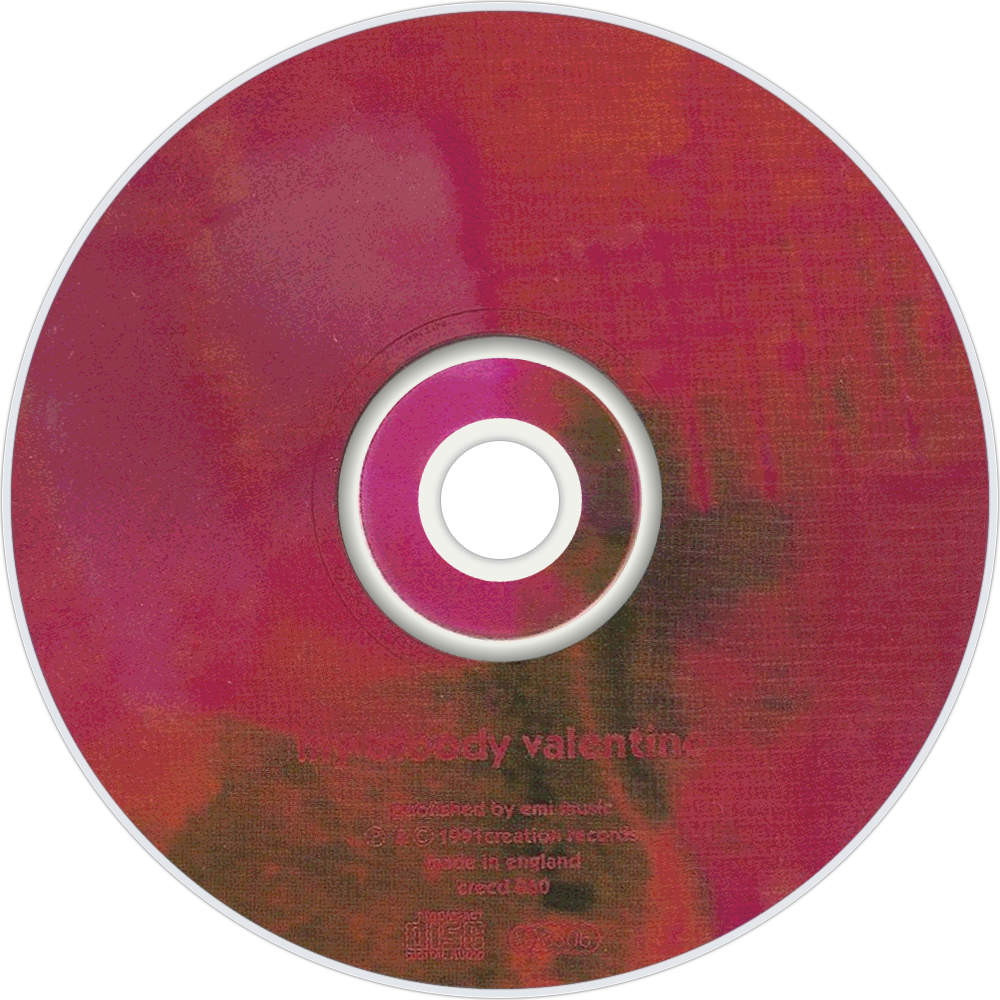 I can't listen to this record any more. It's really rather boring to my ears. Is that sacrilege? Yeah, well, I'm saying it anyway. And Princess Tinymeat was doing the wall of migraine a couple of years before hand. I hate to use the word "overrated" but I'm going to have to. I spent years at the feet of this album because I had to, because it was expected. And now it sounds dated and tame. The songs are too long.

But having said that, it's not awful. Some of it's rather good. It's just not the greatest thing that ever happened. Accepting that fact, I was able to move on. My life's been better since. I've started listening to actual tunes again. I'm happier.

Its a while since I heard this. Have listened to it to death over the years but willing to give it another few spins over the next week.

I've slacked off big time from this club the last few weeks. But I had to chime in here that I love this album. It's a perfect headphones record.

I feel a bit like @Hector Grey with this one. For years I think I was just fooling myself with my feelings about this album. I loved the idea of the band - the indie shoe-gazer thing, the cool name, the Dublin connection, and the debut Isn't Anything which was like nothing I had ever heard before and which blew my teenage mind asunder.

But my love for Loveless was probably more unrequited than I led myself to believe.

Only Shallow: Always thought this was a strange choice for an opener. It starts too abruptly and loud. Would probably make a better 2nd or 3rd track. It's grand though - nice vocals.

Loomer - Touched - To Here Knows When: Now this is a great early sequence, all sounding like they were recorded under water, blurry yet oddly colourful and dreamy. Great couch music.

When you sleep and I Only said: The lovely mogadon mood is interrupted by the pointy pointy vibes of these tracks. When You Sleep isn't a bad upbeat poppy number, but it's just a bit too sugary and high range

Come in Alone and Sometimes: Two great tracks. Come in Alone is my favourite of the louder tracks on the album. It's not too grating and has great movement and cool vocals. And Sometimes really is something else - a heart breaker and a head-feeder all in one

Blown a Wish and What You Want: Two of the weakest tracks. They're just in the way.

Soon: It's the big one, reputation-wise, and was certainly new and interesting when released on the earlier E.P. But it's also the one that I couldn't admit to not really liking that much back in the day. It's a bit long and kind of ploddy. Maybe I'm being harsh.

Oddly enough, I still consider them to be one of my favourite bands. I think this is because when they get it right (for me) they really do.

I love this record pretty much unreservedly and I imagine it was on my list. Like JD, my teenage mind was blown by MBV, particularly by seeing them in McGonagles in the late 80's. Unbelievably the reunion gigs (well the first one I saw anyway) were just as good. The thing is, they may have spawned many imitators, but still nothing else, to my ears anyway, quite sounds like this.

I love this album.

i was like, right, i'm going to listen to this until i get it, and shortly afterwards i got it

Thanks for the informative @scutter

I have it on now,on the speakers and I am thoroughly enjoying it.

Its surely the first time I've ever heard this record sober.Its good stuff

I remember reading about this in music magazines back in the day. I particularly remember a piece in Q (probably) that had a shoot out of the best Creation records. It came down to Loveless v Bandwagonesque and Loveless won. "Fuck off" I thought.

Not that I ever went looking for it, but I doubt this would have been available in Top 40 in Magherafellt. I was eventually given a lend of it in my mid 20s, and with that Q magazine article still annoying me, I thought to myself "is this it?"

I love the idea behind this record, but my overall impression is, in the words of @Jim Daniels, "a bit long and kind of ploddy". I assume that's shoegaze for me.

I've had one proper listen since it was picked, and to be fair it was better after I gave it my full attention. But I prefer reading about this band than listening to them.

For a long time i associated this album with two contradictory things - being bored senseless by a group of my friends who decided to share a flat so they could start doing lots of drugs, where Loveless was one of their go-to records, and hearing the amazingness of Soon blasting out every Saturday night in McGonagles and not knowing what it was called, but knowing it was on this record. The negative association of the former put me firmly off ever properly listening to this album... but then, there was always Soon.

Fairly recently, and over 20 years after those first forced and unappreciated listens in a darkened Haddington Road flat, I decided enough time had passed and it was time to give it a go. It was worth the wait. Needs plenty of volume, sure - and preferably on headphones - but jesus it just works so well.

Although I could still only name two songs on it if my life depended on it - the first and last.

Blown a Wish and What You Want: Two of the weakest tracks


Blown a wish is one of my favourites on the album. To quote neil diamond " what a beautiful noise" I love the slight changes in pitch. It fucks with your mind....man.
I always think of loveless as one of the great psychedelic rock albums.

prefuse said:
Blown a wish is one of my favourites on the album.
I always think of loveless as one of the great psychedelic rock albums.
Click to expand...

Fun fact: I sold my Loveless long sleeve t shirt that I bought at their SFX '91 gig on ebay to a guy Indonesia about 2 years ago for €150.

Mmm, Wonder how much I'd get for my metallica t-shirt from the top hap in 1988
Music information in first post provided by The AudioDB
New posts