Political journalism gets the Spielberg treatment in The Post, writes MacDara Conroy

That The Post is Steven Spielberg’s spiritual prequel to All The President’s Men is made plain by its final few moments, which all but recreate the opening scenes of Alan J Pakula’s 1970s classic political thriller. (That’s not a spoiler, unless you consider history one big spoiler.) While no match for tone — we’ll get to that in a minute — it’s a blessed relief that Spielberg’s notion of a prequel is a damn sight more interesting than that of his friend George Lucas, so you can breathe a sigh of relief there.

That’s not to say it doesn’t comprise a lot of people in rooms talking, however. The Post doesn’t concern itself as much with the dogged determination of its reporters chasing a major story with national ramifications as it does with the editors and executives in charge and the difficult decisions they face: print or be damned, or print and be damned. It’s too easy to compare with The West Wing (walk-and-talk tracking shots and the presence of Bradley Whitford don’t help) but Sorkinesque is a fair description for the manner in which Spielberg and Josh Singer (a West Wing alum who also wrote 2016’s Spotlight) treat Liz Hannah’s screenplay.

Washington Post editor Ben Bradlee (Tom Hanks) and his team — a rogue’s gallery of character actors, among them Bob Odenkirk and David Cross (Mr Show reunited at last!) — happen upon a major leak of classified documents, the Pentagon Papers, confirming that the United States knew the Vietnam War was a lost cause within months of the conflict’s inception. With the New York Times, which broke the story, blocked from further publication by an injunction from the Nixon administration, Bradlee tempts contempt of court in his own efforts to press on with informing the American people about the cover-up.

It’s unfortunate that all this is happening as the newspaper’s owner, Kay Graham (Meryl Streep), is in the midst of taking the company public. A ‘catastrophic event’ such as Supreme Court censure could scupper an already unfavourable deal — since the ‘market’ lacks faith in newspapers, especially one run by a woman — and put the Post’s future in jeopardy.

There’s a lot riding on both sides. But as the film goes on, it’s clear Spielberg is far more interested in the newsroom side of things, and how those questions of press versus government serve as a convenient metaphor for this era of Trumpism and ‘fake news’. Towards the end, amid the geeking-out over the setting of type and rolling of presses, that grandstanding gets a bit too much, with rousing speeches and on-the-nose declarations that bludgeon home the point. There’s no moral of this story; the moral is the story, and the film as a whole is all the weaker for it.

Meanwhile, Graham’s predicament is reduced to mere symbolism for female empowerment, paying lip service without really crediting her with agency — particularly since her every move is shadowed and shepherded by trusted advisor Fritz Beebe (Tracy Letts). Streep does a typically classy job, but the lack of substance is telling. The Kay Graham story is almost a distraction from the tale Spielberg wants to tell with The Post, despite her being a key mover in the real-life events that inspired it. Instead, all the director’s men get the lion’s share of the glory. Let that one sink in for a bit. 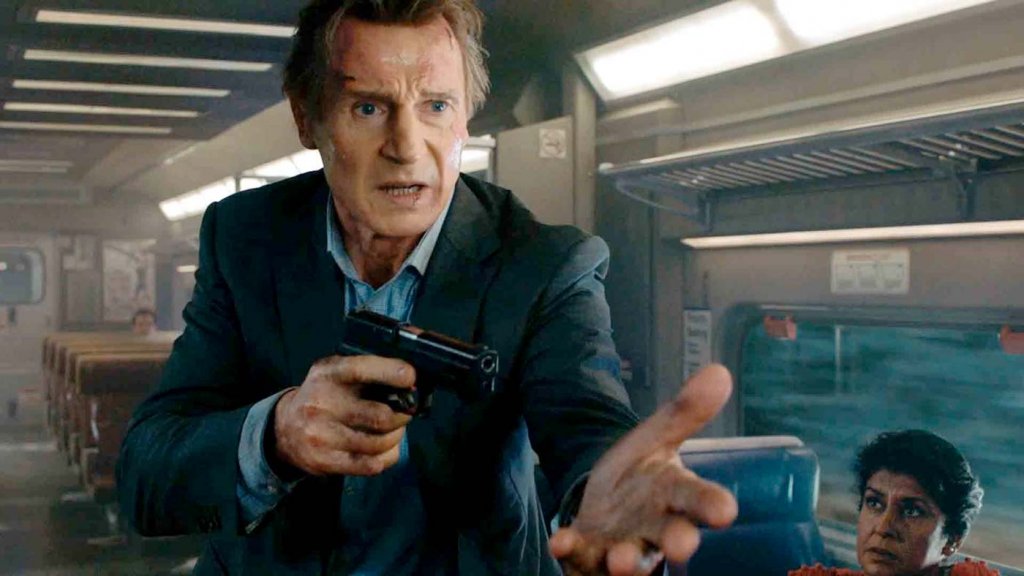 Also out this Friday is The Commuter, which answers a question you’ve probably never asked: what if Non-Stop were crossed with Source Code, minus all that Groundhog Day sci-fi guff? Elderly action star Liam ‘It’s not sexual assault, it’s superstition!’ Neeson’s latest collaboration with director Jaume Collet-Serra is more or less a retread of their aforementioned 2014 airline hijack thriller. But instead of bottling our man and his hidden enemies in a steel tube hurtling across the sky, they’re plonked on a commuter train (that seems familiar) with Vera Farmiga pulling the strings from afar (wait a minute…).

There’s a McGuffin that adds some social commentary about what people are willing to do for a dollar in this kleptocratic, late-stage capitalist economy. But mostly it’s about Neeson’s not-quite everyman (of course he used to be a cop) puzzling out the mystery train while quality performers like Farmiga, Patrick Wilson and Sam Neill hang around the fringes, putting their serious acting faces on as crash-bang excesses abound. As action thrillers go, it’s perfectly serviceable yet utterly unnecessary.

The Post and The Commuter open nationwide on Friday January 19th

Next
The Breeders – Vicar Street, May 27th