First, let’s get the obvious out of the way: Jean Dujardin, he of The Artist fame, bears more than a passing resemblance to US comedian Bob Odenkirk. And so the French actor’s 1970s police magistrate in The Connection (La French en français) carries unfortunate shades of Better Call Saul, a show I’ve yet to watch because I haven’t seen Breaking Bad (that’s a whole other story in itself) but the trailers are enough. He’s an inherently funny-looking man, is Dujardin, like Jon Hamm when he smiles (you don’t see him smiling a lot in Mad Men, with good reason). So it takes some time – following the travails of his incorruptible public attorney as he’s ‘promoted’ from juvenile cases to the near-impossible task of taking on Marseilles’ drug kingpins – to get comfortable with the fact that this is a serious film, about serious issues. A domestic angle on the infamous French Connection, no less: both the real-life criminal racket and the films it inspired.

Sure, John Frankenheimer already went there in ’75 with his bleaker sequel to William Friedkin’s already bleak 1971 original; the one where Gene Hackman’s ‘Popeye’ Doyle gets forcibly addicted to heroin in his lone-wolf quest to take down the bad guys on their home turf. Don’t expect a similar tone or energetic Nouvelle Vague style from The Connection, which is in essence a Gallic tribute to the American police procedural – even more so than the two-part Mesrine saga, the most recent standard-bearer for French crime epics.

It’s Law & Order: Riviera, and the plot goes accordingly: law guys bend the rules in their pursuit of the bad guys – headed by ultra-confident cartel boss Tany Zampa (Gilles Lellouche) – and battle the usual obstacles along the way, whether crooked cops or disappearing money trails or the spouse who wants her obsessed partner to be less of a crime-fighter and more of a husband and father. There are echoes of the wise guy operatic tragedy of Goodfellas, and even the balletic, sudden violence of Takeshi Kitano’s Yakuza films, but also the overheated melodrama of Hong Kong thrillers like Beast Stalker. There’s recognition in the casting: the burly one who looks a bit like Paul Sorvino; the red-headed one with hints of David Caruso; the rat-faced one who’ll probably be played by Hank Azaria in the near-inevitable American remake. But that has its own deficiencies: Lellouche’s Tany is styled so closely to Dujardin’s Pierre Michel, perhaps to illustrate their two-sides-of-the-same-coin dynamic, that at times it becomes distractingly confusing.

It’s hardly worth pointing out that the kind of story the film tells has been covered so often it’s almost a folk tale at this point; you’ve seen it all before, yet the familiarity is comforting rather than breeding contempt. And director Cédric Jimenez, in only his third feature, handles the material with panache, casting the sunbaked streets of Marseilles among the stars of the show. That does, however, make The Connection a tricky balance of style and substance, and it teeters away from the latter as it grasps for a sensical conclusion to its increasingly labyrinthine plot in the final reel. Still, overall there’s enough meat in the matter that fills out the ostentatious locations, period stylings and mob movie clichés to make for an involving and rewarding two hours.

The Connection opens in Dublin at Cineworld, the Light House and the IFI on Friday May 29th 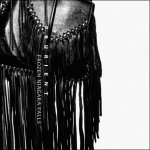 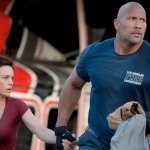