‘Big ideas abound here, but do they make for a great film? I wish’ – MacDara Conroy on Ari Folman’s The Congress

There’s a lot to unpack in The Congress, and it’s temping to read too much into it. Especially so considering director Ari Folman’s previous feature, award-winning animated documentary Waltz With Bashir. That was an intensely personal work delving into the Israeli filmmaker’s own experience of service with the IDF in Lebanon in the early 1980s, and his memories of the Sabra and Shatila massacre, an atrocity that the Israeli military allowed to happen. It’s a film marked by its meditations on guilt over the terrible human cost wrought by conflict in the Middle East, and its fairly explicit condemnations of the IDF’s indiscriminate approach to dealing with whatever ‘problems’ its despatched to solve.

With the current crisis in Gaza, and its own terrible cost to life, it’s easy to perceive Folman’s new film – with its satire of people’s propensity for mass ignorance, to view themselves at a remove from society’s inconvenient truths – as another critique of his home country and culture. That may very well be the case, but in the form The Congress takes, it’s subtext at best, and secondary to more general criticism of people’s willingness to submit to fantasy when the truth is too much to bear.

Waltz With Bashir had its own share of fantasy elements, with its focus on the tricks our memories play with us. The fantasy in this case is the Hollywood dream machine, or a science-fictional variant of it, and the subject is Robin Wright, playing a parallel universe version of herself. Washed-up and aged out, having chosen family over career, she’s blown it – as per the unflinching assessment of her agent (Harvey Keitel) – with no further prospects as an actor. That’s unless she accepts an offer from Danny Huston’s archetypal studio executive to sign away the rights to her image as a computer-based avatar. With a son (Kodi Smit-McPhee) falling victim to a debilitating neurological disorder, she finds she’s in no position to refuse.

Fast-forward 20 years, with the contract is up for renewal, and Wright is summoned to attend The Futurological Congress. Spinning off Stanislaw Lem’s sci-fi satire of the same title, the congress is held in an animated realm that can only be reached by taking a hallucinogen. Soon surrounded by loopy, even horrific cartoonish visions, Wright learns of the congress’ big announcement: her studio’s plan to sell not only her image but her being to others, so that they may become her. That’s when things get even weirder, as she becomes lost in the Matryoska doll of her own mind, with only a ruggedly suave digital animator (with the face of Adrien Brody and the voice of John Hamm) as her guide to a future that’s only worth living in if one can escape from it.

Big ideas abound here, but do they make for a great film? I wish. Much of the dialogue (the patter delivered by Keitel and Huston in particular) is painfully pretentious; the surrealist animation style derivative of Ralph Bakshi; the references (Tom Cruise here, Clint Eastwood there) crude and tired. And yet again Paul Giamatti, as a kindly doctor, plays a cuddly wisdom dispenser. All that said, Robin Wright transcends the bullshit with a bravura performance, displaying remarkable strength and vulnerability as a 40-something woman facing a world that only sees in her what it wants to see. Sure, The Princess Bride and Forrest Gump may have promised stardom, but those roles weren’t her, or what she wanted to be. Folman, to his credit, recognises her courage in flouting the conventions of her profession. All power to her.

Yet Wright’s quality turn only underscores the fact that The Congress is a film of two distinct halves whatever way you look at it: whether live action or animated; a meditation on delusion and reality; a work of satire or a sincere exploration on the power of love to conquer all. Folman seems unsure of whether he wants his film to go one way or the other, and the muddled results are fundamentally unsatisfying.

The Congress opens in selected cinemas on August 15th 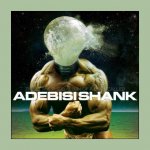