If it weren’t for Ben Mendelsohn’s name above the poster, you’d swear it was Martin Short putting his game face on to hit the tables with Ryan Reynolds in ‘new hit comedy Mississippi Grind’. Thankfully, the reality is a lot more down-to-earth than that wacky prospect, as per the standards of writer-director duo Anna Boden and Ryan Fleck, who first made their names with Ryan Gosling classroom drama Half Nelson and the acclaimed Sugar.

Their new film inhabits a similarly downbeat world to the latter’s immigrant sports drama, only moving location down the Mississippi from the Midwest to the South, longtime cinematographer Andrij Parekh retaining his eye for that small-town ennui that’s very much key to this rags-to-rags tale. But it’s a story whose verisimilitude is at odds with its more fantastical elements.

Mendelsohn (Animal Kingdom) is very much the unsympathetic anti-hero as Gerry, checking off all the usual boxes as a deadbeat dad and gambling addict in serious debt to the local loan shark, but who’s convinced all he needs is a system and one big payoff to dig him out of his hole. He thinks he’s found his salvation in the messianic figure of cool-as gambling savant Curtis (Reynolds, Van Wilder, The Green Lantern), who saunters into his life out of the blue and almost as swiftly agrees to take him on as his disciple. Amen.

With seemingly no motivation other than the curiosity of going along for the ride, Curtis fronts Gerry the cash to grind their way through all the craps tables, roulette wheels, racetracks and living-room poker games they can find along the Mississippi, with the aim of building the bigger pot they’ll need to hang with the high rollers down in New Orleans. Or is it Maccu Piccu?

And so we have a road movie of sorts, with a particularly odd couple: Mendelsohn inhabiting his pathetic loser like an effigy of wet cardboard, and Reynolds – a man with charisma to spare but cursed with a gormless face – as the impossible stranger, a walking deus ex machina who’s simply too good to be true. Perhaps the point was to create a source of tension between this most unlikely duo, with one representing the ghost of the everyman, the other the dream to which he aspires.

The film really only works, however, in those moments when Curtis is a real human being. When he pulls the excitable Gerry back down to earth, or lets out the slack for a teachable lesson, or reveals the black marks of his own history via a mid-trip dalliance with an old flame (Sienna Miller, doing her chameleon thing again), he’s not quite the figment of Gerry’s imagination he might otherwise be, and becomes all the more interesting for it.

It’s those moments that make Mississippi Grind worth a flutter, and definitely not Boden and Fleck’s gamble of a conclusion to their tale of dashed dreams with the kind of good-luck-charm fantasy where the moral isn’t so much ‘Gambling’s bad, mmmkay?’ or even ’Know when to hold ’em and know when to fold ‘em’ as it is ‘Pick the right game’. They certainly hedged their bets with this one. 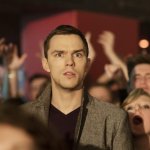 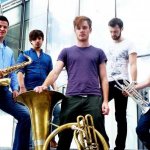