‘A film with so much cocaine in it must be edgy, right?‘ – Dara Higgins on cocaine Kill Your Friends

Steven Stelfox is an A and R man. That’s Artists and Repertoire, to you. He signs the bands that sell the singles that make the record company rich. He doesn’t care about music, not really. He cares about profit. Because profit means cocaine. And there’s a lot of cocaine in this film. The music industry is all about cocaine. Did you know this? Well, you do now. Because the film industry is telling you that this is the case.

Stelfox is ruthlessly ambitious. Because he likes cocaine. He’s ambitious for more cocaine. Or the cocaine has made him ambitious. Cocaine. He wants the job of being head of A and R, and he’ll do cocaine to get that job. I mean, anything. He’ll do anything. And that includes terrible things to his colleagues. Because cocaine.

Stelfox, played the Kid Who Won Our Hearts In About A Boy, breaks the fourth wall to tell us all about his life and job. What it is he does. The junkets he must go on, the cocaine he must take. It’s 1997 and the music industry is enjoying its new age. Brit pop has put money back in the coffers and the coffers have put cocaine back on the table. Stelfox is desperate for the new thing. Indie guitar shit is over. What’s new? NEW? NEW? COCAINE!

When his former friend, except they’re not really friends, more cocaine buddies, gets the top job, Stelfox goes full on Bateman. Possibly because of the cocaine. The Bateman reference is no mistake. This film thinks it’s on a par with American Psycho. It borrows heavily from Mary Harron’s masterpiece, but manages to spectacularly miss the point. In fact Stelfox’s ruthless, cocaine fuelled narcissism is so lacking in nuance, it makes Patrick Bateman seem like a character of exquisite depth, rather than a surface obsessed consumerist automaton. But Bateman is obsessed with all surface. Clothes. Exercise. Beauty regimes. Restaurants. Drugs. Music. Surface is a stretch for Stelfox. The only surface that’s apparently bothering him is the whatever surface he’s nostriling the gak from. Cocaine.

There’s a plot that they try to squeeze into the third act, but realising that they’ve spent do much time with the bugle, it’s all a bit rushed, and forced, and ridiculous. The music industry, it chews you up. It spits you out. It cocaines you. When Stelox, believing himself down on his luck and all found out is looking for succour, he turns to cocaine. When he’s happy and full of pith and vinegar, he turns to cocaine. In the future when all drugs are legal, this will look like an ugly exercise in product placement.

A film about vacuous venality and voraciousness becomes less a statement on these traits and more a minor celebration of them. The characters are all shits. Because the music industry is full of ambitious sociopaths and cocaine. And it consumes all around it. Like so many A and R men hoovering up the chang.

A film with so much cocaine in it must be edgy, right? Or maybe it’s just brash, loud and self-obsessed. Hey! A bit like someone who’s done too much… oh, right. 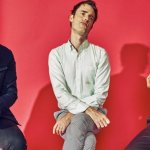 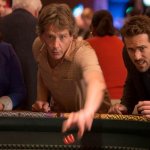