Sci-fi road movie Midnight Special is much more than a standalone episode of The X-Files, says MacDara Conroy

Is nostalgia killing modern cinema? There’s a case to be made, for sure, when multiplexes leave little to no space for original films, filled as they are with reboots and franchises based upon stories and characters familiar to many of a certain age (ahem). And even of those standalone tales that do claim some space, they too often fall back on their own tropes (cf the slew of Eighties-set low-budget thrillers sharing an electro-synth soundtrack of the kind never heard at the time), or their genetic inheritance is writ so large on the screen as to obscure everything else that might matter.

One of the biggest offenders in recent years was Super 8, the JJ Abrams ‘homage’ to Steven Spielberg (even produced by the man himself) which took great liberty with that label as a paint-by-numbers rehash of familiar elements, even down to the lens flare (sorry guys, Abrams even nicked that trademark move from his heroes). Its tributes, so much on the nose they were a poke in the face, distracted from anything it might have made its own. There’s a reason why no one talks about it now.

Others have taken a more subtle approach, with stronger results. The Kings of Summer, from 2013, lingers in the memory for capturing the spirit of the Eighties in a more contemporary cinematic vernacular, as does another coming-of-age tale from the previous year, Jeff Nichols’ Mud – a film that, while a tad overlong, successfully blends a tale of adolescent relationships and self-discovery with Coen-Brothers-esque crime noir in a humid bayou milieu.

Nichols taps that nostalgic vein a bit deeper with his latest film, the sci-fi road drama Midnight Special. It’s one being sold – perhaps oversold – on its cosmetic references to genre classics like Close Encounters of the Third Kind, Starman, even DARYL, though the memories it evokes are not always so rose-tinted.

The story of Alton, a boy (Jaeden Lieberher) who may or may not have supernatural powers, on the lam with his frantic, obsessive father (Michael Shannon) and his dad’s more collected yet confused childhood friend (Joel Edgerton) from a cultish religious community and the FBI alike, Midnight Special has, as its name implies, all the makings of a late-night cult classic. And that goes as much for its visual style and its themes as for its imperfect execution.

Nichols, directing from his own screenplay, allows himself an overwrought indulgence too many (the recurring motif of a Superman comic read by torchlight lays the ‘misunderstood hero’ theme on thick) and certainly has an ace up his sleeve in the location department, enhancing the hypnagogic mood with the soft, dusty glow of that East Texas twilight, a trick he (and cinematographer Adam Stone) pulled to similar effect in Mud. The conceit that the boy at the middle of all this can’t be exposed to daylight is also helpful. And then there’s the big payoff, with its unfortunate reminders of last year’s depressing Tomorrowland, which can’t possibly satisfy the magnetic mystery that precedes it.

But the film is more often resonant on a deeper level. An FBI sting at the cult’s rural Texas compound recalls the days before the Branch Davidian tragedy as much as that Spielbergian oppressive-government trope. A tense standoff with a state trooper tests our would-be heroes’ moral limits. And Shannon, a Nichols regular, is especially good here as a father struggling to reconcile the idea of his son with the boy whose uncanny abilities begin to betray him. Spielberg, at least in the early years, is good at relationships too, and Nichols really gets it.

It’s heavy stuff, shouldered by an eminently capable cast of naturalistic performers, among them Sam Shepard, Kirsten Dunst and Adam Driver as the awkward yet perceptive data analyst who makes a surprising connection with Alton. And to be fair, the aforementioned mood-setting, while the least difficult task for Nichols to achieve here, is integral to the aesthetic, capturing the spirit of the director’s influences rather than reaping their soul, and lifting this late-night tale high above the level of, say, the standalone X-Files episode it could be in less capable hands.

Flaws and all, Midnight Special works because it’s the best kind of tribute, remembering it’s in the present without getting lost in all that nostalgia. Whether it finds the audience it deserves in those reboot-filled multiplexes is another matter. 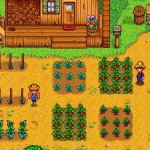 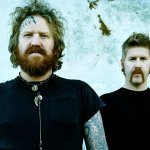 Next
Mastodon – The Academy, August 15th