Stardew Valley appeals to the Hugh Fearnley-Whittingstall that lurks in all of us, says Bee Bonthuys

In 2016, ‘casual’ has become a derogatory term among hardcore gamers. Once dependable darlings like Minecraft have long since entered their golden years, yelling at young’uns to get off their randomly generated lawns. And even Nintendo are distancing themselves from the genre they once championed with the Wii, and with Pokémon, which as it happens was reimagined this year in the Tekken-style release Pokkén Tournament.

So is casual gaming dead, then? Did the plague of terrible freemium mobile games hammer the final nail in its gaudy coffin? Not exactly; rather, new game designers such as Eric Barone (aka ConcernedApe) are refining the genre, melding classic gaming elements with the appeal of a more relaxed experience.

Barone’s Stardew Valley snuck up on the gaming world mere weeks ago like a ninja. One moment it was hiding it the shadows, the next it was throwing shurikens to pin even the best-selling titles on the Steam charts to the wall with a skill that belies its humble roots.

And roots are what Stardew Valley is all about. It’s a vibrant, pixelated, open-ended RPG-esque farming sim that harvests (pun very much intended) all of the best gameplay elements from Harvest Moon, grafts on the conflict, mining and collectables focus of Rune Factory and Animal Crossing, and all while being as addictive as Farmville on crack (sans the micro-transactions, thankfully) yet bubbling over with an easy charm.

Stardew Valley appeals to the Hugh Fearnley-Whittingstall that lurks in all of us. Throwing off the shackles of the evil Joja megacorp, your character retires to the countryside and a rather overgrown homestead willed to your grandfather on his deathbed. OK, the starting point isn’t that original, but who’s got time to ponder the trope-iness – you’ve got some hardcore small town folksiness to get down to!

This indie title may lack super mutants or frost trolls, but it plays at times like a miniaturised version of Bethesda’s epics – allowing you the freedom to go about the passing seasons as you please, fastidiously min-maxing every skill or just fooling around. There’s no predetermined end to the game, so you can take as much or as little time if you want.

Starting small, you’ll most likely spend your mornings planting and watering your crops and looking after your farm animals. By the afternoon you might nip off for a spot of fishing, or you’ll be fighting your way down 100-plus levels of slime-infested dungeon on a quest to craft that epic iridium pickaxe (I’m pretty sure it’s radioactive). You might even decide to have a slow day and just wander through the woods, deforesting and beheading flora as you go (is that a wizard tower I see?).

Whatever you decide to do with your day, by the evening you’ll most likely be running low on energy, so why not head over to Gus’ Stardust Saloon for a natter with the locals, try your hand at the fiendish arcade machines or even gift *cough*bribe*cough* your current crush?

Every small town has its quirky characters, and Stardew Valley’s Pelican Town has these in spades. There’s Pat, who works at the local JojaMart by day and spends her evenings getting sloshed down the pub. There’s the very friendly mayor. And there’s emo Sebastian, who longs for the big city pleasures which small town living can’t provide. A psychologist could set up a lucrative practice here, but till one does, you’ll be busy-bodying your way into everyone’s lives. You might even decide to shack up with a significant other and start a family; unlike most of its predecessors, Stardew Valley doesn’t place an arbitrary limit on who you can marry, allowing same-sex relationships.

Along with the intriguing cast, the valley hides some mysteries of its own. At the start, parts of your map remain tantalising hidden. By talking to the townies, completing small quests and just hitting things as hard as you can, you eventually unlock these areas, which not only add to the game’s assortment of biomes but also function as mini accomplishments on your way to small-town greatness.

Stardew Valley is an incredibly well polished experience, and Barone is embracing the growing community around the game with a responsiveness that must make EA blush. The whole experience is constantly evolving for the better based on feedback. The agonisingly slow walking speed players rightly complained about in the initial release got a kick up the arse in a recent update (your character no longer feels like they’re trudging through cooling tar) and the lacklustre experience of your post-nuptial existence has been spiced up: saying “I do” no longer morphs your better half into a Stepford zombie of domesticity.

There’s still some room for improvement, naturally for the product of a one-man operation. Your pet – a cat or a dog are the only options – does little except look cute and needlessly adds to your list of daily chores. Ease of modding might be another concern for some, this being a native PC game, and it’s crying out for Steam Workshop integration: while the modding community is pretty active, a little user friendliness goes a long way.

For players unfamiliar with the Harvest Moon series, I’d recommend glancing at Stardew Valley’s extensive wiki as, like many of its indie brethren, the in-game tutorial is still rather sparse.

And a word of warning about fishing, a mechanic that has driven some into a rage-quit frenzy. The ‘simple’ mini-game of keeping a green bar behind a fish up and down a linear path might be one of the most deceptively evil things ever devised in gaming. At lower levels, reeling in even the smallest catch might seem impossible. I found myself switching to a controller to see if it lessened the difficulty (it got me over the worst hump). But take heart, as once you start levelling up, your catch rate will increase.

Mac and Linux users unfortunately will have to wait before they can sign the lease on their own new homestead, as this gem is currently only available for Windows, though Barone did take to Reddit recently to assure anxious potential Stardew addicts that these ports are a top priority. That can’t come soon enough, as the game rides a deserved wave of popularity.

The success of Stardew Valley might have surprised some, but how it got there is really no secret to gamers. As causal as it might appear on the surface, it doesn’t sacrifice gameplay or its soul for a quick money grab (I’m looking at you, Animal Crossing: Happy Home Designer). The game is faithful to the roots of its genre, yet not afraid to move with the times. It’s the ideal marriage between casual and hardcore gaming. 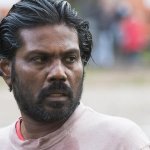 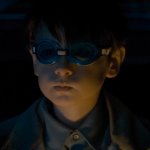