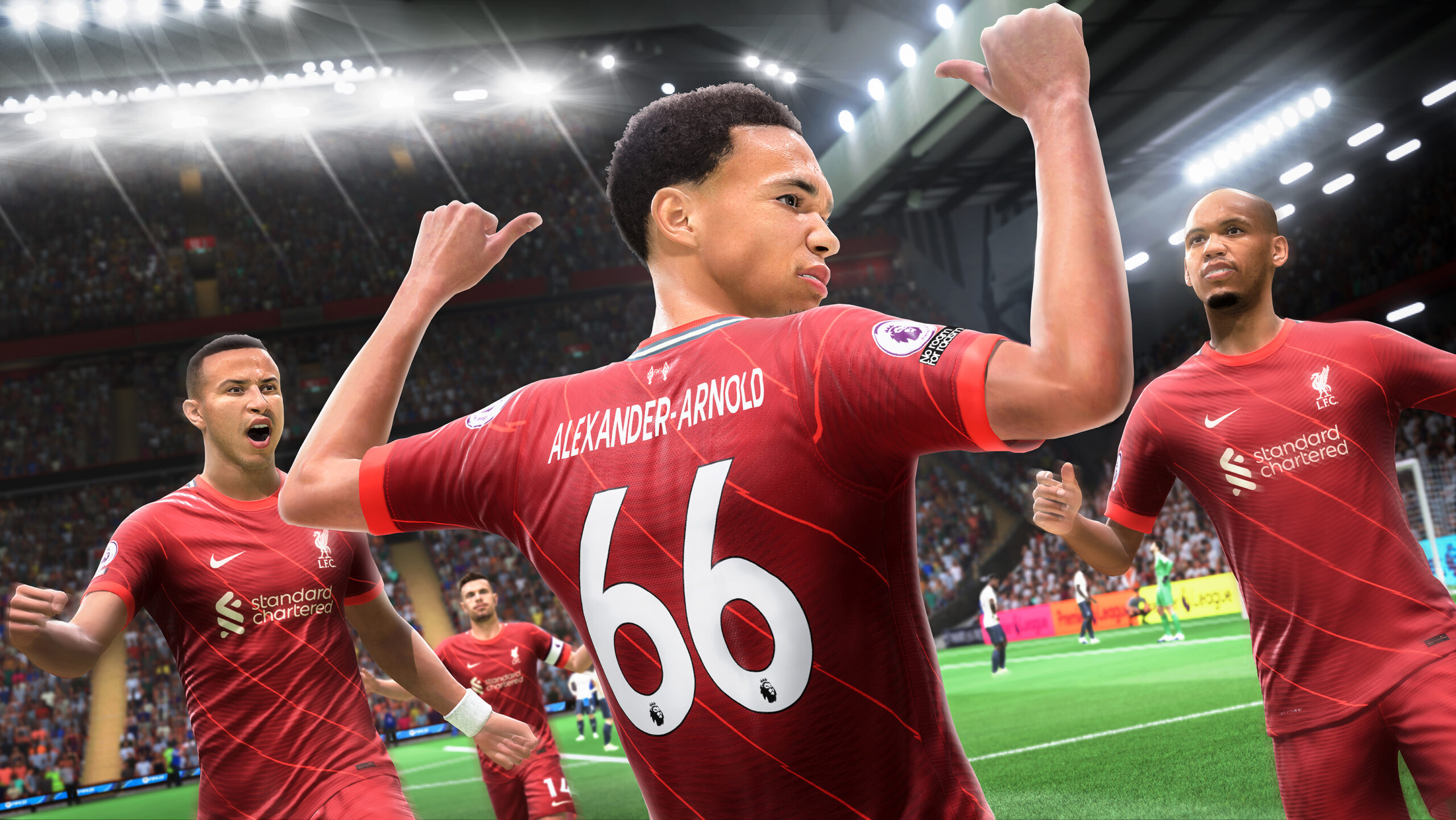 “A certain manager last year was starting to worry about us getting penalties last season and after that, it seems like the decisions are more difficult to give.” So said Ole Gunnar Solskjaer, a grown man, an adult, custodian of one the world’s most expensively assembled football squads, in a recent press conference in front of global audience. Grown ups in grown up newspapers reported his words. Grown ups in the media spoke about them on telly, radio and podcasts. Why? Because Ole was speaking a fundamental truth about the game of football – it is essentially unfair.

Does Ole believe the doyens who ru(i)n the beautiful game were sitting around their Jacuzzis and discussing Klopp’s words? Of course not. But Ole is a Football Man ™. He gets Football. He understands United’s DNA ™. As such he’s a warrior for righteousness, and like the rest of us he’s on an indignant, indulgent, quixotic mission against UNFAIRNESS. He wants JUSTICE. He wants the efforts of his charges, masters in the art of graceful falling and wailing like Maria Callas dropping a hammer on her toe, to get their DUE REWARD. Where’s the fairness, we all blub? Where’s the 33rd team? Where’s the retrospective ban? YOU’VE SEEN THEM GIVEN, we wail, and also, WE’VE SEEN THEM NOT GIVEN.

It this deep need for wounded victimhood that keeps us coming back to FIFA. The latest iteration, FIFA 22 has hit the shops, and you’re thinking about dropping 70 quid on it, aren’t you? Why? Because you want to see your boys in their snazzy new third gear? Because you want to get soundly thrakked by ten year olds on FUT? No, because you want to feel the incandescent burn of your own righteous indignation when, after hitting the post 15 times, you’re beaten by a last minute winner because that’s just how the game rolls. You want to scream at the television and the tiny, pixelated Shane Duffy for passing the ball to the feet of an oncoming attacker in his own peno area. He wouldn’t do that in REAL LIFE, you carp. Eh? Are you sure? Have you seen some of these cloggers play? Einstein reckons madness is doing the same thing over and over again and expecting different results, which neatly sums up FIFA. Sure, you’re on a forty game winning streak, but fuck me, why does the left back keep passing the ball out of play? WHY? IT’S NOT FAIR.

How’s the actual game, you’re asking. I’m glad you did. We need to have this talk. On the surface the interface looks a bit different. Everything’s there. FUT, Volta, Career Mode. The music is shit, as per usual. The graphics are still the kind to make your better half think you’re watching an actual real game and not playing a child’s entertainment system, you 50 year old man-baby.

But the gameplay, man! How is different to other versions?

Does it even matter? Let’s not go there. Does anything matter, in the end?

First let’s address the commentary, because it’s there in the living room, like a bland, banterless elephant . Last year’s version was a nadir, as bad a double act since Cannon and Ball were on the screens. It’s a feat of monumental negligence for it to have actually gotten worse. Stewart Robson is the new Lee Dixon and he sounds like a cheap actor in a bad radio play. Alex Scott is the new Alan McInally, which is a marked improvement, but the way she says Aston Villar will get on your nerves. After a couple of games of repetive, stilted waffle, I turned the commentary off and life went on. I recommend. It begs the question: how much were Tyler and Smudge asking for? And isn’t there anyone else they could get on board? George Hamilton would do it for a box of Rothman’s. I’d have Statto and Matt Le Tisser talking about anti-vax conspiracies over this shower.

Anyway, enough window dressing. Onto the actual meat of the game. Career mode has been subtly changed. You can tweak the settings so there’s fewer interruptions and fewer clicks between matches. This is good. Post-match there’s a plethora of stats to peruse, none of which are useful. Heat maps, possession stats, etc. What are you supposed to do with them? Can you talk to the little guys? Hey, tiny, digital James Milner. Stop kicking the ball out of play? Stand over there? Also included is the bollocks-du-jour, XG, which is the new gospel for the aggrieved footy fanatic. Our XG was superior! We should have won! IT’S NOT FAIR. There’s also an option to create your own club, customise a strip, paint the seats of your stadium purple. After all these years we can finally see Notts Guilty and Sparta Blag up where they belong among Europe’s elite.

The goalies have been upgraded. There’s thousands of new animations and numerous new ways for the opposition keeper to save your point blank shots that range from from the unlikely to the inexplicable. That’ll keep you on your toes. Yeah, you can press all those buttons and flick all those yokes and hey, maybe you’ve even worked out how to do a trick, but if FIFA decides Lev Yashin’s in sticks, what can you do? You can feel like you’re having no effect on the game whatsoever. Which is a handy metaphor for life itself. What are you doing, man? Turn the fucking console off and get some air.

Your own keeper has new animations too. Watch him gently bowl the ball out to the nearest opposing striker. Watch him sail through the air as a shinned 25 yarder loops over him slower than the moon orbits the earth. Watch him palm the ball back into “the danger area” time and time again. In a crucial, top of the table clash, my keeper came out to collect a routine punt into the area, clattered into his own defender and both ended up on the turf, leaving an empty net for Bruno Fernandsh to poke home. IT’S NOT FAIR, I blabbered like a denied toddler. WHERE’S THE JUSTICE! Oh, lord, why do you let bad things happen to reasonably okay people?

Your defenders love nothing more than to kick the ball off one another and fall over. More than once I’ve watched the lads air kick a clearance. Why is this, you muse. Why did I spend 60 million bazugas on this lump? It’s to remind you, FIFA stalwart, of the precariousness of all existence. That while you think you’re in control, you feel as if this crisis is in hand, it never is, because you can’t trust the machinations of a cruel, indifferent world. You can’t trust Ben White.

Most egregious of all is the inability for “top footballers” to complete a five yard pass. We’re not talking “interceptions”. Your players will pass the ball to guy on the other team. He’s five yards away, and they roll it to his feet. Like he materialised there, as if by magic, a tiny Mr. Benn in Orange Nike Mercurial boots. Often, in Tense Encounters where The Next Goal is Crucial, the big man at the back with All The Time In The World passes straight to an attacker, falls over, and can do nothing as the other pricks score the winner. He’ll be disappointed with that, Clive, while I, a grown man, rage inwardly and outwardly. IT’S NOT FAIR. Picture me at the press conference, crying molten hot tears or rage and pain. IT’S NOT FAIR! WHERE’S MY JUSTICE? FUCKING KLOPP!!

It’s fine, I like suffering. It reminds me I’m alive. And let’s face it, the real thing, actual football, is a pain in the arse. FIFA aims for verity. Apart from the subs things – there’s still only 7. And you can’t make 5 subs in Europe despite being a thing for two seasons now. But hey. Half of the Italian league is now madey up names like Pasta Carbonera and Mussolini’s Egg. Midway through the season my team didn’t threaten to form its own breakaway league because IT’S NOT FAIR, which was disconcerting. I felt like none of it was real. Maybe it isn’t?

After fiddling with the customisation and getting it to my liking (that is to say, easy, because I don’t need a challenge. Getting out of bed is a challenge. Feeding the kids is a challenge. This is supposed to be fucking fun, right?), against my better judgement, I got into it. Of course I did. I love a blocked shot. I love five to ten blocked shots. I love my players not being able to take a throw in without giving the ball away. IT’S NOT…. Ah, fuck it.

Corners have been upgraded. Now you close your eyes and mash the buttons on your controller and when you open them, who knows what might have happened. Probably, and this is only a guess based on watching 4,000 corners do exactly the same thing, the defenders have nodded it away. Penalties are also different. You aim for the part of goal you want to shoot into and it fills with the face of someone you’ve wronged in the past and you have to beg for their forgiveness. Your success depends on whether your atonement is accepted or not. It’s dark, but necessary. We all need to gaze into the abyss of our own souls on this journey towards justice and recompense. In order to put the world to right and fix all that’s wrong, we must first take stock of ourselves. As you watch Timo Werner Panenka the ball out of Stamford Bridge and into nearby Brompton Cemetery (beautifully rendered here, so detailed you can read the inscription on Emmeline Pankhurst’s gravestone. Bravo all.) you realise that you, me, all of us, must forgive ourselves before we can move on. IT’S NOT FAIR, any of it. And we have to accept that. You’re in the last seconds, last attack, and a simple through ball to your striker will seal the game and change your life…. And your CAM passes it DIRECTLY TO THE DEFENDER…. Yeah. It happens. Ask yourself, would your life really be better? Learn to let these things go. Take responsibility for your choices. Have a gameplan for your wealthy and popular football team that isn’t “fall over in the box and hope Jürgen doesn’t notice”. Turn off the console and go out into the bracing wind and clear skies and watch the swallows undulate, essaying their own rise and fall, the triumph and struggle of every day, across the evening sky.

Or else there’s always that REPLAY MATCH button. Oof. That’s a kicker, innit. Will you try again, and see justice finally done? Because let’s be honest, the result just WASN’T FAIR.