How to review a con artist movie of the kind that by definition lives by its twists and surprises, but one that’s so poorly done, the reasons why simply have to be remarked upon? Don’t worry, I’m not about to throw down any film-ruining spoilers; I still feel terrible for having accidentally blurted the ending of The Sixth Sense to a friend in college (I thought he’d seen it, honest!). But Focus, the first Will Smith star vehicle since the disastrous After Earth, has some pretty significant shortcomings.

After a swift introduction to antihero Nicky (Smith) and his schooling of amateur scammer and would-be protégé Jess (Margot Robbie), which places the emphasis squarely on the ‘artist’ part of ‘con artist’, the first hints that something’s amiss come during an extended opening act in New Orleans as crowds amass for a big football game. Things get off to a brisk start here as Nicky espouses his theft-as-art philosophy, thanks largely to an exceptionally choreographed dance of sleight-of-hand in the French Quarter. But as the plot’s finer details come into focus, it’s the compromises that sharpen in the foreground.

There’s that niggling absence of the NFL’s familiar branding, for one. This ain’t the Super Bowl, no matter how many times you think you’ve heard that phrase because ‘Superdome’ sounds a bit like it. And that’s fairly conspicuous considering the slew of luxury brands that feature prominently throughout. Could it be that the film implies the taint of impropriety within a legitimate sporting organisation, ahem? Doesn’t that also telegraph the next twist in the tale?

Less a twist than a wholesale change of script is the film’s sudden halt just as that story kicks into gear. Cue a three-year leap forward and a relocation to a bland depiction of Buenos Aires, where an apparently down-on-his-luck Nicky is contracted by a wealthy racing team boss in a sport that’s almost-but-not-quite Formula 1 for a spot of corporate espionage (a thinly veiled, wildly embellished nod to the 2007 ‘spygate’ controversy). I can’t image Bernie Ecclestone and the rest of the paddock are pleased about that. Ditto the film’s implying that a certain online auction service facilitates large-scale money laundering. Or how about BD Wong’s portrayal of a stereotypically slimy Chinese businessman that’s only missing the Fu Manchu moustache? (Man, where is your dignity?)

These examples (aside from the casual misogyny) seem to be the only parties writer-director team Glenn Ficarra and John Requa are willing to offend in a film that constantly teases sex and danger and intrigue but never follows through, perhaps for fear of alienating any segment of its thoroughly market researched, lowest common denominator target audience. Sure, Focus keeps a few curveballs for the end, but they’re more the result of sheer exhaustion at anticipating so many obvious twists and turns and double-bluffs than any real cleverness with a script that, even before its service to the focus groups and product placement requirements, feels like a compromise between two completely different stories, and two completely different tones. One particularly dark scene in the final act (actually one of the better-done set-pieces in and of itself) feels like it was spliced in from a bleak crime thriller, and hints at the much better film that perhaps could have been.

Meanwhile, after most of the supporting cast is dispensed with, we’re left with Smith (who’s not as suave and charming as he thinks he is) and Robbie (who’s a better actor than Megan Fox, but unfortunately has a similar plasticky persona) and their chaste, spark-less rom-com dalliance is the exact opposite of what might have lent the edge Focus so desperately needs.

For a film that repeatedly emphasises the importance of focus, it’s the lack of it that stands out most of all. But that’s filmmaking by consensus for you. 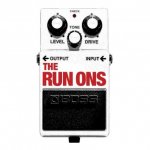 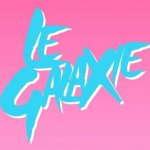