‘The Necks‘ patient, subtly dramatic approach to their sounds encourages close listening’ – MacDara Conroy on the ambient jazz trio’s latest, Open Take a band with as deep a discography as The Necks – some 17 albums since 1989, a few of them doubles or better; the vast majority extended improvisations with piano, bass and drums, etcetera, often an hour or longer in length – and it’s impossible to know where to jump in as a newbie. By the very nature of the Australian trio’s music (each record a self-contained snapshot of a moment or series of moments) there can be no ‘best of’ compilation to sample their wares, and long-time fans of the trio will no doubt each have their own favourites to recommend to those, like me, who are fresh to their oeuvre. Hell, even describing what kind of music they make is a task and a half. They resemble a jazz trio in format, but their minimalist explorations don’t resemble ‘jazz’ as many would know it; they’ve been described as ambient in the vein of Brian Eno’s classic series, and compared to the locked-in drive of krautrock, which seems a better fit going by the hypnotic repetition within the understated passages that comprise their latest offering, Open.

And Open is the perfect title for this recording. It’s succinctly representative of the wide aural space the performers inhabit across its 68-minute running time, roughly perceivable as a series of blended movements. The record opens on a gentle ringing of chimes amid a growing buzz of dulcimer, courtesy of drummer Tony Buck, who’s joined in good time by bassist Lloyd Swanton’s single-note plucks and a simple keyboard figure from pianist Chris Abrahams. Ten minutes in, the next movement gives the sense of a journey through silent, wide open country; just the light tapping of a cymbal’s edge punctuated occasionally with sharp snare hits, a faint electronic pulse in the background. Later the topography shifts with a tumble of tom-toms, and the chimes’ return signals a change in the weather; thunder rumbles in the distance as Abrahams’ restrained piano motif illustrates the slow dance of clouds, Buck’s cymbal rolls a rain shower on the plain. At the half-way point a dark haze of synthesiser drones throws a fog over our party, yet they soldier on, soon picking up the pace with a busy, rush-hour-traffic piano run from Abrahams as the rhythm section keeps their wagon steady.

As the journey unfolds other elements and techniques come into play: the swell of Hammond organ, a hint of manipulated guitar, burbling electronics. Yet time and again the trio reprise that opening refrain, as if to remind themselves not to digress too far from their primary route, wary of the temptation to wander that such an open space invites. It’s repetitious, yes, but never boring; always a subtle variation to let you know they’re not simply coasting on a mindless groove. Things move slowly, but it’s Slow Music in the same sense as Slow Food means taking your time to prepare enjoy what you’re eating, to savour the flavours and ingredients and contemplate the effort that goes into it. The Necks’ patient, subtly dramatic approach to their sounds encourages close listening, though of course it’s easy to imagine this as background music to a road trip, or an impressionist landscape. No surprise that The Necks have been commissioned for soundtrack work in the past; Open seems particularly appropriate as an accompaniment to visual media, though like Eno’s ambient work it threatens to claim the foreground, too rich in depth and texture to settle for less.

So Open is a wonderful piece of music, that much is certain. But does it represent the best of The Necks? That’s a question that’s neither here nor there, really. It’s a document of what they are circa 2013, simply put, and that alone makes this the best place to start if you’re new to their music, and especially if you can’t see them live. I’ll be missing them when they come through Dublin next week, but at least I have Open to dampen my sorrow. 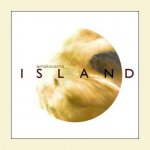 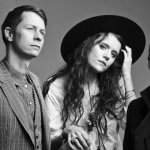