Win yourself a couple of tickets to see Iceland’s Múm play The Button Factory on Tuesday 19th November.

Since their foundation in 1998, múm have forged a sublimely bright, warm and rich take on electronica. The group’s celebrated debut album ‘Yesterday Was Dramatic, Today Is OK’ gained a wealth of glowing press and widespread praise. Their FatCat debut, ‘Finally We Are No-One’, was released in May 2002 and followed by a plethora of tours taking the band many times around the world, dazzling the crowds by re-creating their recorded works with the main focus being on live instrumentation.
Mum have since found their home on the Berlin based Morr Music label where they released their last studio album in 2009 entitled ‘Sing Along to Songs You Dont Know’. Their new album ‘Smilewound’ is released Sept 6th 2013.

Tickets are €17.50 including booking fee and are available from Ticketmaster & usual outlets. Or you can try sending an email with MUMTICKETSPLEASE as its subject to [email protected]Â by midnight on Thursday, 14th November to be in with a chance of winning a pair. It’s up to you. 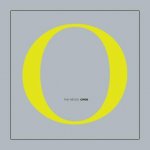 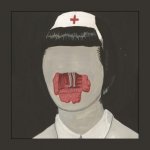