“While each of their previous efforts came dripping with their own visceral intensity, the band’s latest is something else altogether” – MacDara might have found his album of the year in Pig Destroyer‘s Book Burner.

Where do I even begin with this one? Pig Destroyer – the grindcore powerhouse spearheaded by Agoraphobic Nosebleed guitarist Scott Hull and vocalist/lyricist JR Hayes – always bring the goods when it comes to musical extremity, but they’ve gone and raised the bloody bar with their first record in five years, the 19-track, 32-minute Book Burner. While each of their previous efforts came dripping with their own visceral intensity, the band’s latest is something else altogether. It’s grindcore turned up to 11. And it’s pretty much my album of the year.

It’s fairly useless to talk about music this rapid-fire in terms of individual tracks – though there are a few that rise above the others – so let’s concentrate on the building blocks. First off there’s Hayes’ crazy-man screaming, now grown into a full-throated bellow that could level whole buildings. His lyrics comprise a montage of vignettes describing the horrors of the world that exist beyond the bubble of our own lives, but it’s the way he angrily spits out those words… that’s what gets you. Helping to stick the knife in is ANb‘s Kat Katz, who rips it up on ‘Eve‘ and ‘The Bug‘ stating the case for more women in extreme music, while Misery Index vocalist Jason Netherton hollers the response to Hayes’ call on standout single ‘The Diplomat‘. And in the background ‘new boy’ Blake Harrison adds texture with his samples and noisy electronics.

Then there’s the drumming, handled on this record by PxDx newcomer Adam Jarvis. He usually takes the drum stool for deathgrinders Misery Index, so he’s no slouch at this kind of full-on percussive assault. A good job too, as he replaces blast beat master Dave Witte (of Discordance Axis, Burnt By The Sun and a million others) who had to pull out of the gig because Hull’s material was exacerbating a wrist injury. If it’s too extreme for even Dave Witte to play, you know we’re talking some serious next-level shit. And thankfully Jarvis more than delivers. He simply pounds his kit with blasts, rolls and fills, perfectly translating the stop-start, turn-on-a-dime tempo shifting patterns like a Japanese assembly line robot – in the best possible way.

But the essence of Pig Destroyer is Scott Hull’s laser-blasting guitar work, and on Book Burner he darts all over the map, from furious chugging and chopping to bluesy sludge – referencing the aforementioned and under-appreciated BBTS – and above all those sense-distorting atonal tunings and half-time riffs against the warp-speed drums à la the classic The Inalienable Dreamless. He must be a cyborg if he can play this stuff live.

Hull’s savant-like attention to detail is all over this claustrophobic record. There’s long been a depth and nuance to PxDx that belies the surface insanity, and that’s underlined here by the inclusion of a short story (yes, seriously) in the liner notes. Written by Hayes, it reads more like an essay from a half Ted Kaczynski, half Henry David Thoreau woodsman recluse in a world somewhere between Neal Stephenson’s corporatised future in Snow Crash and Margaret Atwood’s theocratic nightmare of Gilead in The Handmaid’s Tale. But if you find all that an unnecessary distraction from just fucking grinding, that’s fine. Because at its root, this is music for the brain stem. The stuff that makes kids go crazy in the pit. The stuff that makes you bang your head and throw the horns when that first blast beat hits you right in the gut. 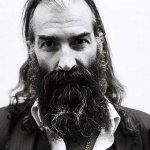 Previous
Warren Ellis – It Lives Or Dies In The Moment 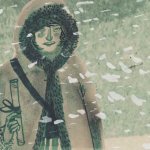