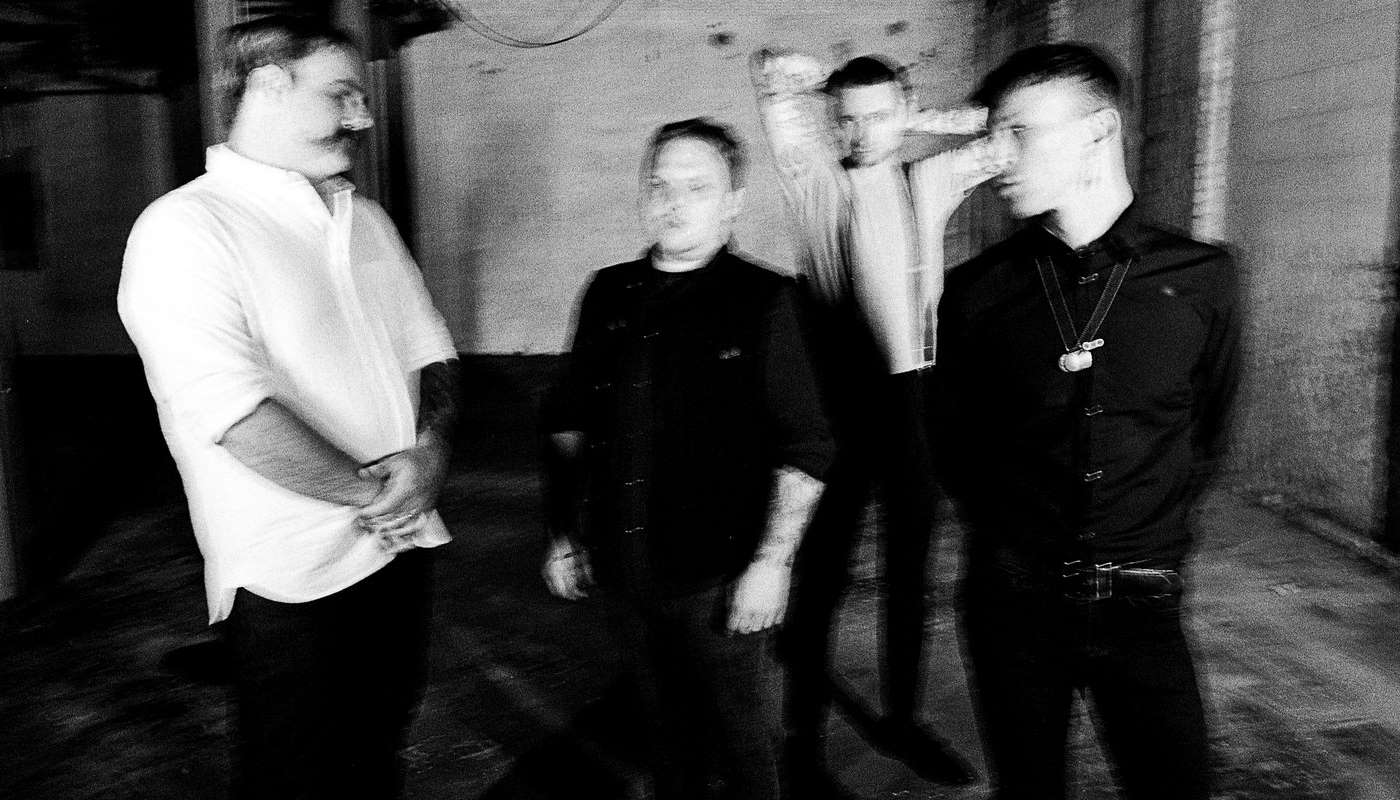 FInal gig of their European tour with Jeromes Dream

They’ll be joined by Jeromes Dream. The gig was orginally scheduled for The Grand Social but has been moved to the Button Factory and the last few tickets are on sale now via https://www.thegrandsocial.ie/events/daughters.

If anybody else said it, you might flip them off on principal alone…

However, by titling their 2018 fourth full-length and debut for Ipecac Records, You Won’t Get What You Want, Daughters send a crystal clear message. The quartet—Alexis Marshall [vocals], Nick Sadler [guitar], Jon Syverson [drums], and Sam Walker [bass]— follow the same internal compass that guided them to blur the lines of fickle heavy music sub-genres in the first place and quietly ignite a cult fervor typically reserved for grindhouse phenomena.

In fact, the best way to describe the philosophy and the sound of the quartet is simply: rock ‘n’ roll.

“I’ve always felt we decide what a Daughters record is,” Alexis states. “It’s not a sound or an aesthetic. Daughters is the name of our group and, we will do whatever we want to do with it.”

“We’ve changed our sound from record to record since the beginning,” says Nick. “We always had a very broad interest and taste in music across the spectrum. We are a rock band at heart, expect not to expect anything.”

There was a time expecting another Daughters record might’ve been met with disappointment. On the heels of their 2010 self-titled offering, the members engaged an indefinite hiatus. One fated dinner and two sold out hometown shows in Providence in 2013 saw them pick up where they had left off. Throughout the next four years the band recorded, eventually culling down a Dropbox of 150 ideas to the ten comprising You Won’t Get What You Want. In the end, if you want a Daughters record, you’ll get it here.

Jeromes Dream was born in 1997 as a result of personal uncertainty, instability, loss, and rage. Jeff Smith (bass, vocals) Nick Antonopoulos (guitar), and Erik Ratensperger (drums) created an aural violence in their dynamic and unpredictable songs. At that time, bands like Orchid, Reversal of Man and pageninetynine were making similarly polemic music. But JD carved its own path and helped to define the subgenre that would come to be known as emo-violence.

The band set itself apart with an enigmatic and visceral approach to hardcore that was markedly different from the other music of its day, culminating in the release of their last record, Presents, in 2001. That same year, JD hung it up and moved on to pursue other personal projects, and after 17 years, the three friends gravitated back toward the shared belief that JD was a sacred space for them to wholly express themselves.

Fast forward to 2018 when Jeromes Dream announced that they would reunite and write a new record together, despite now living on opposite coasts of the US. The response was overwhelming, with fans from all over the world hailing the reunion. In March 2019 the band entered the studio with producer Jack Shirley (Deafheaven, Gouge Away, Loma Prieta, Joyce Manor) and created a 12-song untitled LP (to be released on their own label, Microspy, founded by Ratensperger) that forges new creative directions, with expanded lyrical content and the compositional maturity that only experience, tragedy, and introspection can usher forth.

Gone are the youthful jaunts of cynicism replete in earlier lyrical content. JD now mine the depths of a pancultural void of empathy and acceptance. JD attempts to reconcile self-interest/awareness with a pervasive inability to affect the global edifices that dominate and influence our every decision.

The band seems to have spliced the threads of time from 2001 to 2019 creating a straight line with no stylistic deviations or missteps. The songs and performances evoke a band that never stopped working and writing together. Moments of clarity and serenity that poked stubbornly through the surface on past albums are now further realized and given sarcous life and the dynamism of Jeromes Dream is more powerful, raw, and sincere than ever before.

Next
Glimmermen – Here I Stand