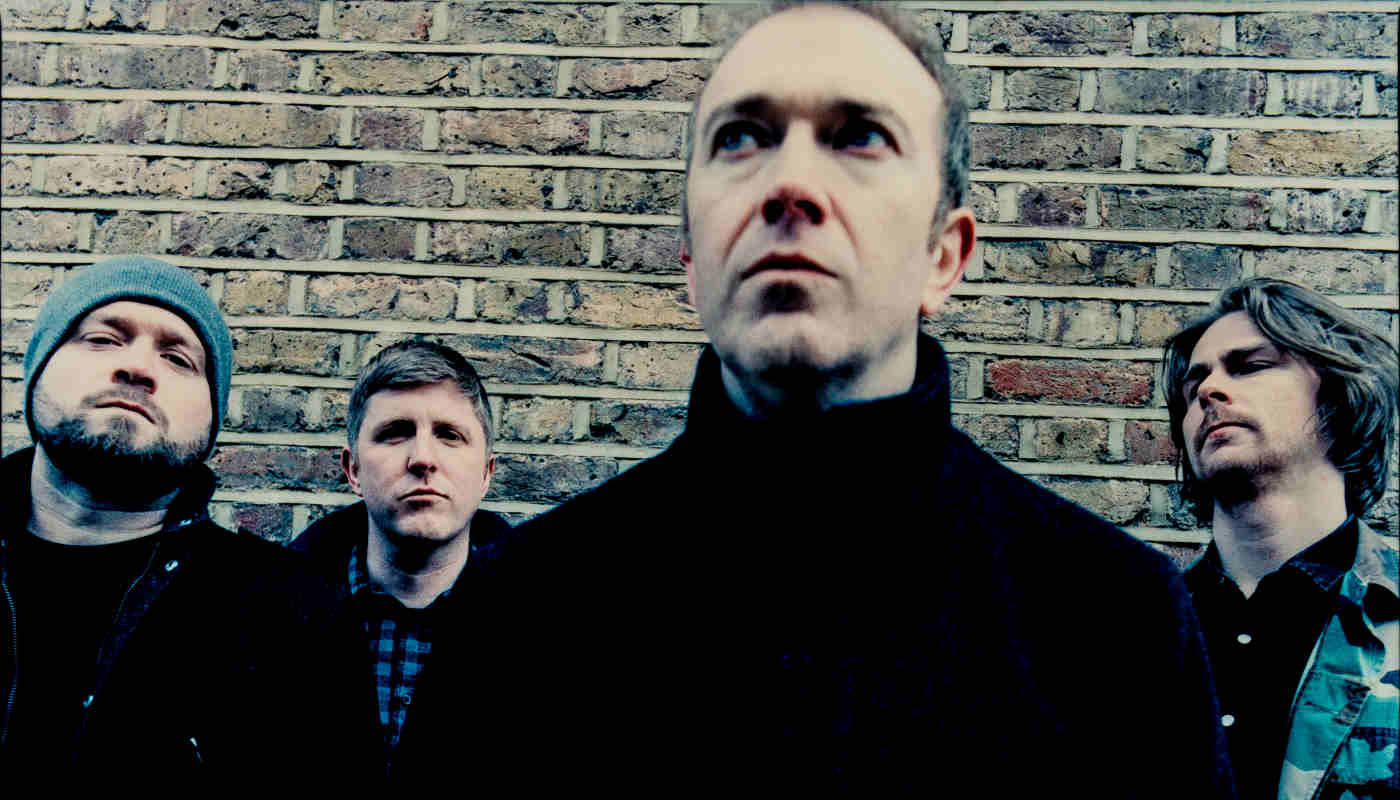 Manchester’s Imperial Wax was formed by three members of The Fall‘s final and logest lasting lineup. Bromidic Thrills is taken from their debut LP, Gastwek Saboteurs , which was released last May. A follow up album is due next year.

Imperial Wax proffer otherworldly primal noise rock that’s both animalistic and shamanistic, like a coyote, its mouth frothing from peyote, has drifted from the high plains in order to prowl the Pennines.

Following the release of their debut album, Gastwerk Saboteurs earlier this year the four-piece, which includes three 11 year veterans in the longest serving and last line up of The Fall, share a brand new single on Louder Than War Records UK (DL/LP formats) and Saustex for North America (limited LP format only). A new follow-up album is also expected in 2020.

Oxymoronic by name, demonic by nature, there’s nothing platitudinous about the heinously noisy but insidiously hooky rocking and rollocking of “Bromidic Thrills.” Meanwhile the B-Side “Bloom & Wither” is not so much a shrinking violent as inherently violent, dripping with barely restrained malevolence and murderously melodic intention ending with fully-flanged explosive bombast.

About the new single, vocalist and guitarist Sam Curran remarks…”Bromidic Thrills is a pure release of frustration that was written very quickly and initially void of being attached to any sort of tune or song, just a pure vent about a multitude of negative factors. Mainly myself, my choices, where I live, what I want to do with my life and who I want to do it with. Contradictory desires locking horns. Feeling anchored. Peering over the walls I’ve built around myself and the walls that living in a small town built for me. Thwarting my own future with complacency and slipping into a casual state of mind.”

The Irish live dates are: