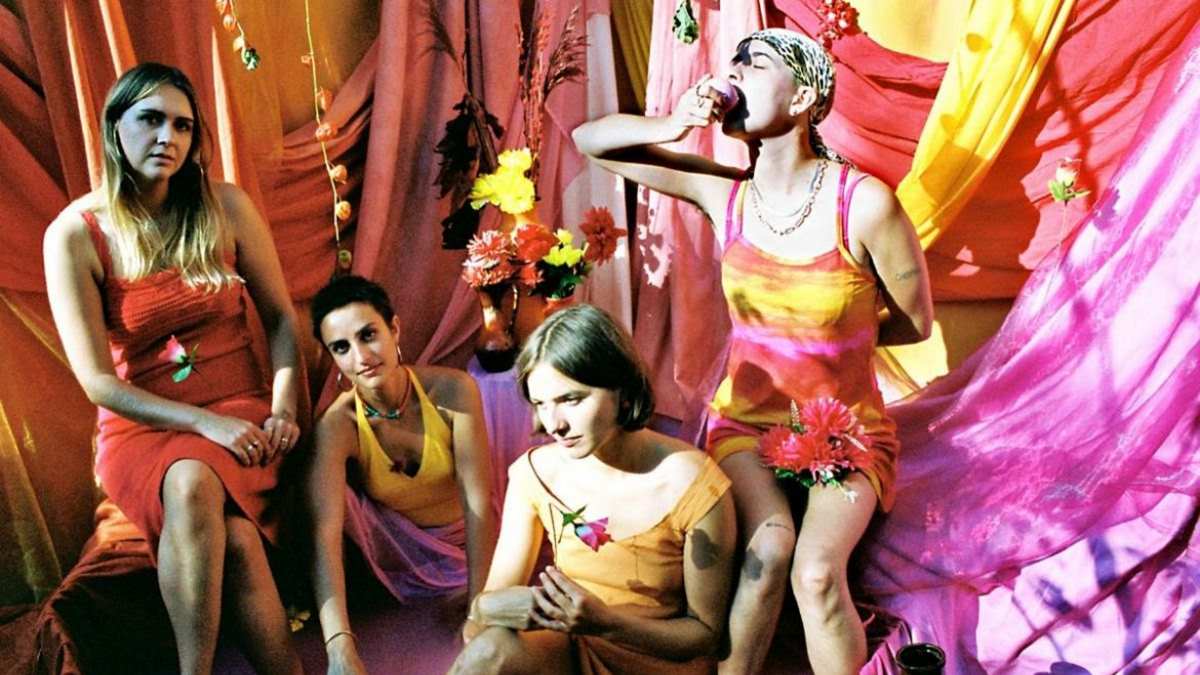 Goat Girl release their second LP this month and will return to Dublin for a gig (!) in Whelan’s

Their second album On All Fours will be released on Rough Trade later this month and is available to preorder now.

Tickets go on sale at 10am this Thursday, 21st January. An actual gig. Imagine that.

Goat Girl originated in 2015, when the four Londoners (Lottie Cream, L.E.D, Naima Jelly and Rosy Bones) came together through their love of music and like-minded attitudes, continually crossing paths at a number of gigs and open mic nights across South London. The quartet’s combined talents and enthusiasm resulted in a uniquely defiant sound with conscious lyricism, all of which wasted no time in pricking the ears of legendary British record label Rough Trade. Using the Brixton Windmill as a sounding board, the warped, country-tinged sound of their debut album Goat Girl engulfed the sonic and social landscape that the band were surrounded by. The Brixton Windmill is a venue that was and continues to be a breeding ground for Goat Girl’s creativity, and is an important element of their growth – so much so that it’s where the band met their new bassist (Holly Hole), who felt like a natural fit from day one and would take the place of Naima Jelly on bass after the first album.

Goat Girl’s forthcoming sophomore album, On All Fours (out 29th of January 2021) veers away from the confrontational lyricism of their angst-fuelled self-titled debut, to a previously unseen depth and vulnerability. This nuanced shift in lyricism indicates Goat Girl’s maturing perspectives in discussing the world’s injustices and social prejudices, using the music to explore global, humanitarian, environmental and mindful wellbeing.

Next
Young Hearts Run Free Presents: YULE! in the time of COVID