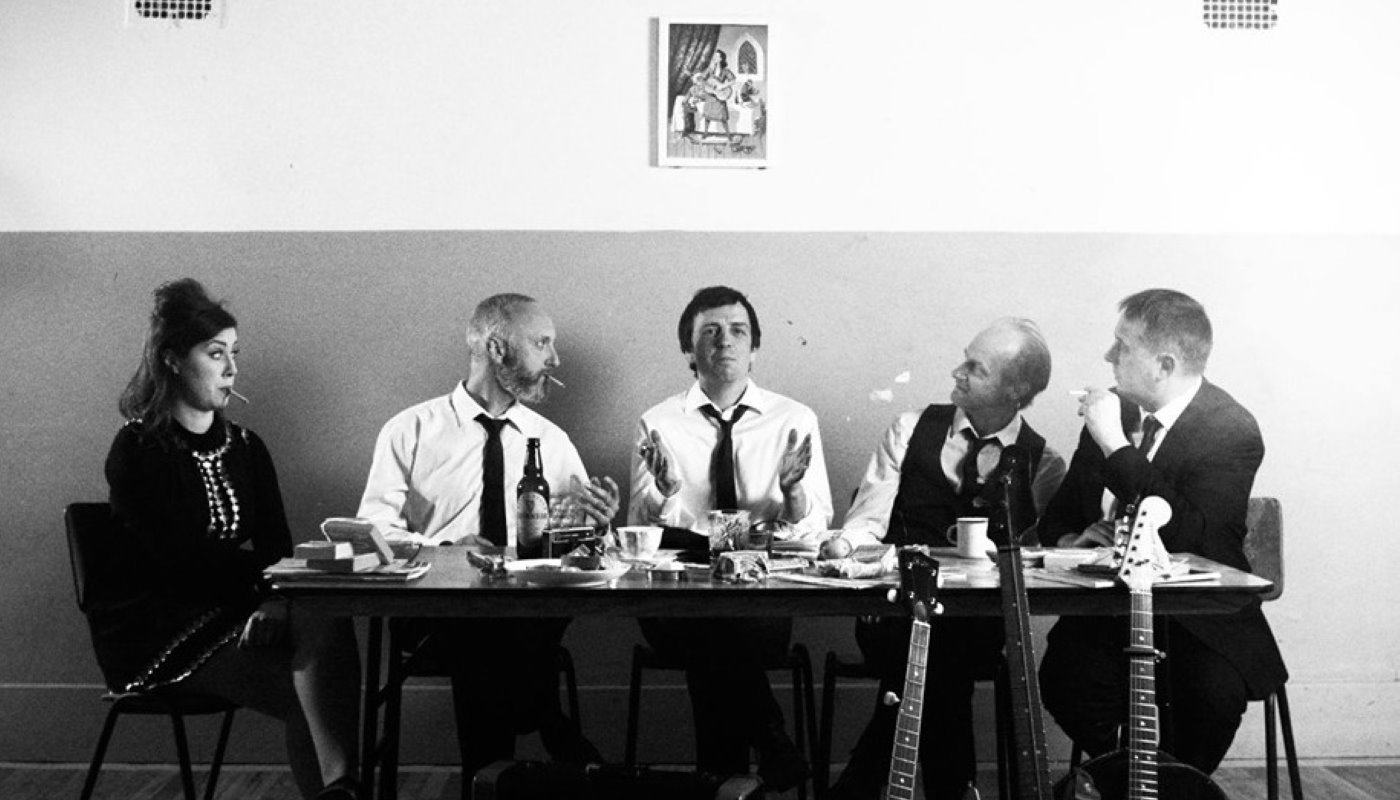 Here I Stand is Glimmermen’s third album and will be a vinyl-only release, coming with a poster, lyric sheet & that essential download code. Glimmermen will be joined by The Middle Ages and Panik Attaks for the launch gig in the Bello Bar on 7th November.

They followed up with their J.Robbins – recorded debut ‘I’m Dead’ in 2013. Glimmermen returned with their second well received album, ‘Breakin’ Out’, on June 17th. ‘ Recorded in ‘The Meadow’ in Wicklow by The Deaf Brothers at the beginning of 2016.

This November sees the five release their third album ‘Here I Stand’ and expands further the musical landscape they enthusiastically explore. 11 songs delivered in their own inimitable style. Themes of love and loss interweave with wide-eyed melodies, creating an album all at once aghast at and in love with the world.

As alluded to in the cover art, the stand taken is not necessarily on solid ground, as many things are at play and in flux, and themes draw parallels with life’s many dysfunctional communication platforms and the struggle to makes sense of things within and without.

However, a fine balance is achieved by the musical scaffolding of guitar, bass, drums and brass, delivering an elevational, upbeat bunch of singable songs. The album was recorded in the Meadow in Co Wicklow early this year and expands further the musical landscape created in 2016’s Breakin’ Out.

From the hopeful title track to the playful It’s Nice, to the party-at-the-end-of-the-world vibes of Sleep Walkin, this is a record that will keep you on your toes and keep them tapping.