I don’t have a film degree, but I feel like I’ve been prepared for a seminar on symbolism in cinema after sitting through the near three hours of Transformers: Age of Extinction. Michael Bay’s latest bombastic instalment of the toy franchise’s silver screen adventures is pretty much what you’d expect if you’ve seen any of the previous three, or any recent Michael Bay film for that matter, filled to the brim as it with random explosions and clusterfuck CGI, and populated with the usual underwritten bland hero-type males and objectified women. You’ve probably already made your mind up about this film anyway; either you know to steer well clear of what’s undoubtedly a boring, turgid, offensive mess, or it’ll float your boat just right as the greatest thing ever. It’s bound to make gazillions at the box office regardless. So instead, I’d like to share a few questions that popped into my mind as the disaster unfolded before me.

– Who, exactly, is this movie made for? Transformers are toys for kids (I’m a child of the ’80s, I was there the first time round) but this film, as was the last, is clearly aimed at an older age bracket, the mid- to late-teenage bros who get off on multiplayer Call of Duty and all that entails with regard to gun fetishism, rape culture et al. It’s also crafted to please its investors: product placement aside, the last hour sees the entire production decamp to Hong Kong and basically repeat the previous 60 minutes’ wanton destruction, for no apparent reason. Both are at the expense of the plot, which is mostly about evil humans collaborating with a robot bounty hunter to eliminate the Autobots and create their own Transformer army, and something about a terraforming dirty bomb. The much ballyhooed Dinobots – the selling point of the movie, going by the trailers and advertising, and the fucking title – are quite literally an afterthought, showing up for a brief 20-minute window towards the end. They don’t even get names. Me Grimlock sad.

– Why is everyone an arsehole? I thought it was weird that the noble Optimus Prime of the ’80s cartoons and even the first film of this franchise had a personality transplant in Dark of the Moon, coming off much of the time as a mean-spirited, bloodthirsty bastard with no qualms about murdering the opposition. What happened to the perfectly fine narrative trope that good guys are defined by their goodness, that is, by not killing people, because killing’s what the bad guys do? Hell, I’d be hard pressed to find any redeeming features among this film’s crop of Autobots. From the trigger-happy Hound to the foul-mouthed Crosshairs, childish Bumblebee and Asian stereotype Drift (voiced by Ken Watanabe doing whatever’s the Japanese version of ‘Oirishing it up’), they’re indistinguishable from the Decepticons of old, their ‘goodness’ as such only defined by their helping the story’s human protagonists, and grudgingly so at that.

But even the humans are weird. Mark Wahlberg is cast ludicrously against type as a dreamer inventor (Rick Moranis did it better two decades ago) named Cade Yeager (a name straight out of the David Cronenberg Book of Character Appellations) with some serious daddy issues regarding his directionless 17-year-old daughter, played by 18-year-old Nicola Peltz (maybe better known as the white Kitara in M Night Shyamalan’s butchering of The Last Airbender) who hopefully is pretty body confident because the camera spends much of the first hour leering at her figure. Later on in the convoluted story, Stanley Tucci hams it up as an exaggerated Steve Jobs rip, That Guy Who’s In Everything stands around looking dangerous in his black trenchcoat and shades, and was there anyone else in this movie that mattered? Fucked if I can remember. No, wait – the one human character worth a damn? He doesn’t even make it past the first hour. For fuck’s sake.

– Why is there so little transforming? It’s a Transformers movie, about giant robots that, y’know, transform into things, but from my memory only four of them switch between vehicle and robot form. Yeah.

– What’s Michael Bay’s deal with women? To be fair, it’s not just M-Bay, as writer Ehren Kruger’s just as responsible for all the misogyny on show. But have a read about what Film Crit Hulk says about one particular scene and what it says about the Bayster’s attitude towards the opposite sex. That’s not to mention the weird daddy-daughter thing I brought up before, which gets even weirder when Tessa’s older boyfriend – rally driving Irish rogue Shane (local boy Jack Reynor) – comes on the scene, complete with a disclaimer card in his wallet to prove that their decidedly dodgy relationship is ‘technically’ legit. Yep, seriously. And that leads me to my next, perhaps most important question:

– Is Michael Bay just trolling us now? I mean, he can’t be serious at this stage, with all the flag waving pomp and circumstance, never missing a chance to frame Old Glory fluttering in the breeze. He has to be taking the piss. There’s even a running thread about the price of freedom: it’s there on a poster on a CIA man’s office wall; it’s in nearly every scene where a snarling Kelsey Grammer as the big human baddie spits acid at his subordinates over the phone; it’s even there when Optimus Prime tells the Dinobots they’re free, as long as he leads them, otherwise they must die. Come on! But it’s not really satire if you say it with that straight a face. Does M-Bay even really understand what satire is? Some critics hailed last year’s Pain & Gain as his satire of the American dream, but apart from a wonderful tongue-in-cheek performance by The Rock, there was nothing coherently satirical about it, especially in its downright nasty ending. Is it satire to make a film with characters whose motivations and personalities flip like a switch? Maybe to M-Bay it is, but I don’t even know anymore.

– Does everyone need a hug? I can’t say Transformers: Age of Extinction wasn’t a fulfilling eight-month shoot for cast and crew alike. In fact I’m sure they shared many a laugh and maybe even made friendships for life and all that jazz. But I did leave the screen feeling an unremitting sadness for everyone involved in this depressing mess of a film, and especially for Michael Bay. He must feel so awful, holed up in his sun-dappled mansion, rolling around on a bed made of money. ‘Why doesn’t anyone understand?’ he must think to himself as he unties his yacht from its mooring. ‘No one gets me,’ he must opine as his cruises the PCH in his Maybach, the breeze lightly whipping his thinning hair. But maybe we do get you, Michael; it’s just that we don’t like it. 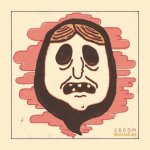 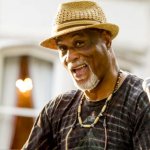