The Tree Of Life

“One of the best, most lyrical, dark and ultimately rewarding depictions of childhood and innocence coming to an end ever filmed” – WatchingCattle takes on Terrence Malik’s The Tree Of Life.

Terrence Malik wants to show us the beginning of the world the end of the dinosaurs and a heartfelt coming of age drama all at the same time while discussing god. It’s ambitious, i’ll give you that. It begins with a family drama, drifts off into the most spectacular special effects sequence you will ever see, then goes utterly bonkers for what feels like eternity and then finally returns to earth with sulky Sean Penn wandering around New York remembering his childhood.

Yes, 25 minutes into this film people filed out of the cinema wondering what the fuck was going on, but they missed one of the best, most lyrical, dark and ultimately rewarding depictions of childhood and innocence coming to an end ever filmed. The middle section in between the madness and god bothering start and end are as beautiful a thing as Malik has ever created, and that is saying something.

Brad Pitt is the father (“our fathers are models for god” kind of father) a constant looming, brooding unpredictable presence, tyrannical, moody and emotionally fitful. Jessica Chastain is the angelic Mother. Both are brilliant. Pitt turns in probably the best performance he ever will and is a huge presence here (think of his Jesse James being your dad). The star of the show though is young Hunter McCracken who caries the film on his shoulders as the eldest of three brothers growing up in suburban texas. He’s excellent in every scene and he’s in virtually every scene.

That’s it really, all the pangs of boyhood are here – sibling rivalry and dedication, defiance of the father, moralising and every other topic covered in any coming of age/childhood remembered story (and yes there is a story in here) but this is Malik’s film and so it’s all delivered with a poise and a nuanced approach that elevates it. The splintered approach to editing and the detail of what he actually shows us mirrors the way you remember childhood, where the size of next doors dog becomes more vivid than anything factual. It washes over you and seems almost dreamlike, though it is not a comfortable dream.

There is a major problem with this film in that Malik tries to cram too much in. While the 2001 style beginning of the world stuff at the start is mind blowing there is a logical end to the story which Malik simply ignores and instead goes off into a 15 minute British Airways advert accompanied by choirs and religious string sections. There’s a lot here that falls flat, such as why Sean Penn is even in this? Theres a lot more that works.

But that’s Malik for you. Remember when he made a war film, and the first 40 minutes didn’t have any fucking war and when the war finally arrived all the characters wandered around talking in their own heads about love and loss? Well if you like that sort of thing you might (I mean might) love this. If you like your films concise, unbloated and not snail-paced, then you will hate this. If you’re looking for the profound experience that certain loonies are saying is in here you will be disappointed

I loved it, then hated it, then loved it again. Which is a good sign I think. Or you could watch a movie about fucking wizards. 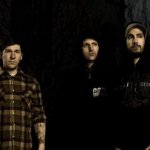 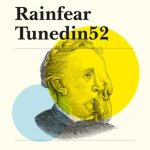