‘It kind of takes the fun out of a comedy to realise that people’s lives are on the line’ – MacDara Conroy on Pain & Gain It’s a ballsy move to make a movie set in sun-kissed Miami concerning a gang of all-American, would-be tough-guy bodybuilders who kidnap and torture a foreign-looking gentleman, when in real life, some 100 miles to the south, in a little place called Guantanamo Bay, another bunch of all-American would-be tough guys are ‘allegedly’ still torturing some foreign-looking kidnappees after more than a decade. Ahem. But that’s exactly what the notorious Michael Bay has done with Pain & Gain, a film based on a series of articles about a true-life kidnapping and extortion attempt that went horribly wrong.

Indeed, the film proudly trumpets in its opening titles that it’s a ‘true story’ – not merely based on one – which makes its attempts at comedy from the outset difficult to swallow. The opening gym scene montage of glistening, muscled bodies and blindingly white, cheesy grins, set to a pumped-up ‘America Fuck Yeah!’ voiceover by Mark Wahlberg’s ringleader Daniel Lugo, has all the makings of a Paul Verhoeven satire, or a Parker/Stone parody – a notion only underlined when the likes of Tony Shalhoub, Rob Corddry and Ken Jeong show up in the cast with eccentricities amplified.

There’s a distinct contrast between the ostensibly straight plot – inspired by Jeong’s ridiculous motivational speaker, Wahlberg’s Lugo (a remarkable impression of WWE’s John Cena if there ever was one) schemes with gym buddies Adrian (Anthony Mackie) and Paul (Dwayne Johnson) to kidnap wealthy Victor Kershaw (Shalhoub) and extort from him everything he has – and the exaggerated performances, with silly sub-plots peeking into each character’s personal life, that makes for a wildly uneven tone, leaving plenty of cracks for the laughs to fall right through.

Still, the increasingly ludicrous plot moves with some pace, and a few of those laugh gaps get spackled over as Bay gets to grips with the disparate elements he’s working with. It helps when Rebel Wilson – as Adrian’s love interest Robin – bumps the tone into the comedy zone, and she provides the first real crowd-pleasing chuckles of the film (not that press screenings are prone to much laughter). Ed Harris, too, wins in his (mostly) straight-man role as Ed DuBois, a private dick in the style of Elmore Leonard (RIP), hired to dig the dirt on Lugo and his buffed-up posse. And Dwayne Johnson – The Rock, to you and me – is as charismatic as ever, with his lumbering Jesus-freak performance fitting better as the movie shapes up around him.

You may even warm to Pain & Gain by the final reel, as our hapless trio attempt a second extortion of a phone sex line operator (Sopranos regular Michael Rispoli) that gets messy fast, and DuBois closes in on his quarry. And then comes the ending, where (spoiler alert, if you never watched the news) we learn that some of the gang are sentenced to death for their crimes, just like their real-life counterparts. It kind of takes the fun out of a comedy to realise that people’s lives are on the line, and it makes one reconsider the laughs already had at the expense of tragic figures who actually exist, however caricatured their on-screen depictions. What does this say about the mangled message Michael Bay’s trying to convey? Whatever that might be, it leaves behind a sour taste. What a messed-up movie this is.

Pain & Gain is in cinemas on August 30th with previews on August 24th & 25th.
Previous
Myles Manley – Next Please 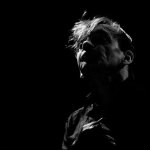 Next
The Fall – The Button Factory, August 17th