‘Surreal, hilarious, chaotic and mesmerising, you’d be hard pushed to happen across a more entertaining gig this year’ says Neill Dougan of The Fall‘s recent gig in The Button Factory. In the ‘How To Make It As A Rock Star’ manual (which definitely exists and has not just been invented to make a point), there are several obvious conventions to which budding musicians should adhere in order to maximise their chances of success. For example, you should write some catchy melodies that the man in the street can hum. Try and pen some lyrics about, y’know, love and stuff – things to which everyone can relate. Ensure you have a stable line-up and a good looking frontman, who isn’t drunk. Follow these tips and you too can find yourself enjoying membership of exciting beat combos like Mumford & Sons or The Killers.

Or, you could entirely disregard this sage advice and end up in The Fall. Turning musical custom on its head for over 35 years now, against the odds Mark E Smith and his cadre of hired hands remain an intriguing, visceral, occasionally comical but mostly fascinating live proposition.

Much has been made of the fact that The Fall have recorded four consecutive albums with the same line-up, suggesting a most un-Fall like degree of stability. However, as soon as the band stride on-stage tonight it’s apparent that bassist Dave Spurr is absent, replaced in fact by his burly, bearded predecessor Rob Barbato, who last popped up on a Fall record in 2007, on Reformation Post-TLC. Otherwise it’s ‘as you were’, with the fabulously aggressive Kieron Melling on drums, the stoic Pete Greenway on guitar and the petite Elena Polou (made up for a girlie night out, complete with amusingly huge handbag) on keys. The tightly-drilled band launch into a cover of Frank Zappa’s ‘Hungry Freaks, Daddy’ which sets the tone for the next hour: driving, focussed, hypnotic garage rock, taken into the realms of the bizarre by Smith’s mischievous antics and anarchic interventions.

The man himself is on good form and looks fairly healthy (well… relatively). Constantly gurning and doing his weird pointing-with-the-little-finger hand action, he’s about as far from yer standard rock frontman as you can get, and it’s impossible to predict what he’ll get up to next. On the second song, he barks out the words to ‘Kinder Of Spine’, despite the band playing what sounds more like ‘Irish’. For much of the gig he crouches by an amp at the back left of the stage, reading from a disorganised sheaf of A4 notes. He’s constantly fiddling with the amps or holding his mic up to the speaker – a caper that reaches its apogee on the Elena-sung ‘Happi Song’, when he turns poor Greenway’s amp right off, leaving the guitarist strumming in silence for a good three or four minutes.

For all Smith’s mucking about, there are some terrific moments. Three songs in, ‘Over! Over!’ is a riotous highpoint. From most recent album Re-Mit, ‘No Respects Rev’ and ‘Jetplane’ are superb, eclipsed only by the simmering tension of ‘Hittite Man’, during which Smith purposefully drops the mic to emphasise the yelled line “You don’t hear me!”. An entirely unexpected airing of ‘Muzorewi’s Daughter’ from 1979’s Dragnet is taut and fierce. Throughout, the band (apart from the meandering vocalist) stay rooted to their positions, locked into their krautrock grooves. In the middle of the set they unleash a sprawling, psyche-rock jam of a new song which is completely spell-binding, a clear highlight of the evening (Smith, having apparently not finished the lyrics to this one, hands the mic over to a member of the audience for part of the tune, and when he gets it back smiles his thanks).

Proceedings end on a suitably unusual note. First of all there is the somewhat strange sight of Barbato (not Smith) delivering the vocals to 1994’s ‘15 Ways’. Then, as a final track, we get an absolutely thunderous version of ‘What About Us?’, and all and sundry are thoroughly enjoying its glorious racket when Smith, without a word, literally manhandles first Greenway and then Barbato off the stage, before sending a stagehand out to retrieve Spelling and Polou, who are still gamely playing on. And that, abruptly, is that. Or so it would seem, until the band re-emerge for an encore, consisting of a super-charged ‘Cowboy George’ and a triumphant ‘Fall Sound’.

Surreal, hilarious, chaotic and mesmerising, you’d be hard pushed to happen across a more entertaining gig this year. That’s what happens when you tear up the rule book. 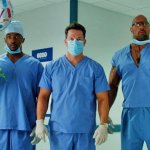 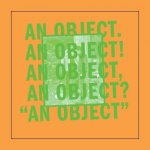 Next
No Age – An Object