Maps to the Stars

David Cronenberg swaps body horror for toilet humour – among other poor choices – in Maps to the Stars, says MacDara Conroy

A new David Cronenberg film used to mean a welcome addition to any film buff’s calendar. That was based on the sterling reputation he established from the mid ’70s to to the mid ’90s as the confirmed master of ‘body horror’, deriving immense emotive power from his transgressive ideas. Since the ‘90s he’s distanced himself from that genre tag (only 1999’s eXistenZ carries explicit body horror tendencies) to concentrate on more psychological fare, largely adapted from others’ work, like Crash (his tribute to JG Ballard, whose spectre looms over his own world view), Midwest noir graphic novel A History of Violence, Don DeLillo’s conceptual Cosmopolis, and staid Freud-Jung biopic A Dangerous Method.

The results of these latter works have been mixed, but the slightly off-kilter vibe promised in the trailer for Maps to the Stars hinted at a possible return to his earlier, unflinchingly idiosyncratic form. And it does contain familiar Cronenbergian motifs and themes: you’ve got your offbeat character names (Havana Segrand, anyone?), you’ve got your social critique, you’ve got your intimate mental and physical transgressions as the sky falls in on its characters. But above all it’s just another satire of the Hollywood nightmare/dream factory, of the kind that’s either done either memorably, hauntingly well (Sunset Boulevard, The Player, Barton Fink, Mulholland Drive) or startlingly awful (Burn, Hollywood, Burn). And Maps to the Stars leans worryingly towards the latter.

The crux of the plot is the mysterious stranger trope, as a seemingly naive waif fresh off the bus from Florida (Mia Wasikowska) worms her way into the lives of various Tinseltown casualties, first by befriending – and messing with the head of – a wannabe-actor chauffeur (Robert Pattinson, as slack-jawed as he was in The Rover), then by scoring a job as a PA for a washed-up starlet (Julianne Moore) haunted by the ghost of her dead mother, a one-time Hollywood ingenue. But this weird young woman has an ulterior motive, something to do with an inanity-spouting makey-uppey therapist guru (John Cusask), his brittle wife (Olivia Williams) and their spoilt brat son (Evan Bird), a thoroughly odious teen idol just out of rehab.

Secrets are revealed, rituals are performed, truths dissolve into more abstract meta-truths – all very Cronenberg. And yet what stands out most is the notion that the whole thing is one big rib, a US daytime soap writ large. Ciphers and caricatures abound as the erstwhile master lobs at targets that have already taken heavy bombardment. That he throws in a weird incest angle as the story blows up just seems like noblesse oblige to the ‘ick factor’ for which he’s best known. And speaking of ick: is this destined to be the one where Cronenberg swaps body horror for toilet humour? David Lynch would never stoop to the Farrelly brothers’ level. Maybe shooting in the States for the first time got to his head?

Whether a wasted opportunity or flawed from conception, in the end Maps to the Stars is but the latest in a long line of navel-gazing Hollywood movies about Hollywood – not even the first this year (Ari Folman’s The Congress beat it by a couple of months) – and one that might well prove the adage: don’t bite the hand that feeds. 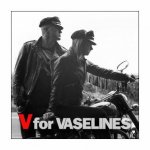 Previous
The Vaselines – V For Vaselines 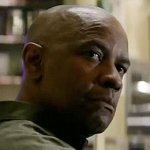