There should be a government health advisory before films like Friend Request. A big pop-up ad over the trailer, or maybe a sticker over the lobby one-sheet, something to give fair warning about the risk of high blood pressure, or death of brain cells, or loss of will to live after watching such infuriatingly awful, lowest common denominator, multiplex filler, ‘baby’s first horror’ knockoff bullshit.

I’ve really lost my patience for this kind of crap. And yeah, I can imagine some people rolling their eyes at me, the old man yelling at clouds, saying ‘it’s just a generational thing’. Except it isn’t. Good modern horror can and does make hay of contemporary idioms. Take 2015’s Unfriended, for instance: there’s a film that takes place entirely on someone’s laptop, the tried-and-tested kids-get-their-comeuppance plot unfolding between Skype chats, Facebook pages, YouTube clips and instant messaging windows.

The makers of Friend Request definitely saw Unfriended, because they’ve pretty much ripped it off entirely, but aping its style (its only unique selling point, all things considered) might’ve got them in trouble so they simply wrote down ‘social media horror’ on a jotter along with ‘creepy goth girl’ and ‘that one with the mirror from last year’ and whatnot, chucked all those bullet points into some random script generator, and it spat out this sorry excuse for a movie.

I suppose you’ll need some kind of plot summary. Laura (Alycia Debnam-Carey), a queen bee on a Social Network That Cannot Be Named (I mean literally, the film goes out of its way to avoid it), accepts a friend request from a socially awkward emo goth (Liesl Ahlers) who turns out to be a bit of a stalker with a penchant for black magic and a flair for the melodramatic, committing suicide on webcam then continuing to plague Laura’s life and those of her friends from the afterlife – y’know, by doing the kinds of things that make you go ‘that would never happen!’ – until she starts picking them off one by one.

How does she do this? Pretty much via the most ludicrous attempts at mashing up run-of-the-mill supernatural heebie-jeebies with mid–1990s culture’s idea of ‘hacking’ and cheap jump-scares to hammer home that this is a SCARY MOVIE because it has LOUD BANGS and FLASH CUTS of CREEPY FACES in it.

Here’s the thing. And I usually refrain from armchair script editing but this time it can’t be helped. This could have been a decent film, even with the annoying story contrivances, and the wholesale theft of ideas from the likes of Unfriended and Oculus and the Insidious series (there’s even a hapless buddy-cop duo for comic relief). They – being director Simon Verhoeven (no relation, thank fuck) and co-writers Matthew Ballen and Philip Koch – could have made it work, if they had used all that ghostly nonsense as a smokescreen for a more unsettling psychological mystery. But it doesn’t. And what’s worse is that the filmmakers hint at it so often that the idea must have crossed their minds, but they couldn’t be bothered.

So why should anyone else be bothered with this stupid movie? 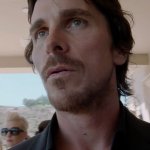 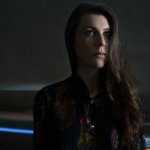