Julia Holter
2015’s Have You In My Wilderness is the fourth full length album by Los Angeles artist Julia Holter, and her most intimate album yet. The album was ubiquitous in critics’ end-of-year lists: it was chosen as the best album of 2015 by Mojo and Uncut, and in the top five by the Guardian, the Sunday Times, Loud and Quiet, Q and the Wire.

Recorded in her hometown over one year, and once again crafted with Grammy-winning producer and engineer Cole Greif-Neill, the album follows 2013’s Loud City Song and two much-lauded previous titles: Ekstasis (2012) and Tragedy (2011).

Have You in My Wilderness was written from the heart – warm, dark and raw – and explores love, trust, and power in human relationships. While love songs are familiar in pop music, Holter manages to stay fascinatingly oblique and enigmatic, with some of the most sublime and transcendent music she has ever written. Like Holter’s previous albums,Have You in My Wilderness is multi-layered and texturally rich, featuring an array of electronic and acoustic instruments played by an ensemble of gifted Los Angeles musicians.

Have You in My Wilderness is also Holter’s most sonically intimate album, with her vocals front and centre in the mix, lifted out of the layers of smeared, hazy effects. The result is striking: clear and vivid, but disarmingly persona.

Circuit Des Yeux
Haley Fohr’s music strikes a unique balance between the personal and universal. As Circuit des Yeux she creates music that embodies the complexity of human emotions, juxtaposing tenderness and grief, ecstasy and horror, using sounds as representations of the emotional spectrum that we all experience. Fohr’s striking voice, an impassioned baritone, is the music’s centerpiece and guiding force. On In Plain Speech, Fohr is joined by some of the most progressive musicians in the Chicago music community; Cooper Crain (Cave, Bitchin Bajas), Whitney Johnson (Verma), Rob Frye (Bitchin Bajas), Adam Luksetich (Little Scream), and Kathleen Baird (Spires That In The Sunset Rise). Fohr cements her reputation as a fearless songwriter and inventive arranger with this stirring collection of songs that are both gorgeous and emotionally potent.

Tickets are on sale now from https://ticketmaster.ie & usual TM outlets. 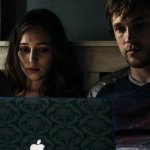 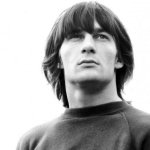 Next
No Other: A Celebration of Gene Clark – MVP, May 24th