Dope is a message movie that doesn’t want to be except that it totally does, says MacDara Conroy

Dope is a throwback of sorts to early ‘90s ‘hood films’ like Menace II Society and Boyz n the Hood, concerning the lives of promising youngsters from the wrong side of the tracks. The twist in this case is that the present-day setting is a world very much shaped and informed by those films and the hip-hop culture that rose up with them (not that it took 25 years for us to get there, as the Wayans’ hyper-aware parody Don’t Be A Menace came out in 1996).

It’s a decent premise, mining that nostalgia vein from the fan’s point of view, rather than the sanitised history of recent NWA biopic Straight Outta Compton. Unfortunately our first meeting with self-professed geeks Malcolm (Shameik Moore), Jib (Tony Revolori) and Diggy (Kiersey Clemons) comes over way too forced, as a didactic voiceover by Forest Whitaker (who also produces a film backed by heavyweights like Pharrell Williams and Sean Combs) outlines their obsession with ’90s hip-hop, their stereotype-busting enjoyment of “white people shit” (like TV On The Radio, ha!), their ‘punk’ band (with songs, written by Pharrell, far too slick to be convincing) and their very-now diversity (Malcolm is Nigerian-American, Jib is Latino, and Diggy is lesbian), all in excruciating detail.

At the same time, they’re living in a place that’s apparently changed little from depictions of a generation ago: Bloods and Crips, lowriders, dealers working their corners, you get the picture. Malcolm and his friends exist in a bubble shielded from that world but it pops when a detour from their usual after-school route has their paths cross with small-time dealer Dom (A$AP Rocky), his on-off girlfriend Nakia (Zoë Kravitz), and a birthday party gone very wrong that lands Malcolm in a whole heap of trouble with a stash of powdered ecstacy and a handgun in his backpack. That’s the last thing he needs with his SATs and Harvard alumni interview looming.

As you might guess from that much, Dope has more going on than it knows what to do with, and writer-director Rick Famuyiwa’s script – too much of a literal play on the three most popular dictionary definitions of its title – relies increasingly on plot conveniences to untangle the mess of story threads as matters unfold. The middle section, where we get to know the (very likeable) main characters a bit better, works the strongest as it’s not trying so hard to fit into zeitgeisty, reference-heavy pigeon holes. Its handling of social media vernacular (something of a trend, after last year’s ET spin Earth to Echo and this year’s desktop horror Unfriended) is also fairly seamless. What really doesn’t work are that hipster trendiness, the heavy-handed sermonising that bookends the film, and Famuyiwa’s deliberate use of clichés (Kravitz is criminally underutilised as a mere plot device) that aim to subvert but serve to perpetuate dangerous notions of what it means to be black in America today.

It’s a disjointed experience that provokes conflicted feeings. Dope is a message movie that doesn’t want to be a message movie except that it totally does. And that message is a confused one, on the one hand castigating preconceptions of black kids as either thugs or thugs-to-be while on the other content to have its standout lead, a smart and decent young man who’s above all this drama, eschew standing on principle to play the game like a typical gangster. Malcolm is complicated, he contains multitudes – his college application essay slash soliloquy strains to emphasise as much – but Dope prefers to talk around the issues it raises than really come to terms with them. See, for example, a superfluous plot digression to a cameo by the guy with the hair from Workaholics (Blake Anderson) that has the sole purpose of talking around, but not really about, white people’s use of ‘the N word’.

Besides, this kind of philisophising feels like a privilege in a climate post Michael Brown, post Eric Garner, post Tamir Rice, Freddie Gray, Sandra Bland and so many others, when real people are dying in a system of institutionalised violence against people of colour. If Malcolm is arrogant, as his principal tells him early on, for aspiring to a life that simply isn’t on the cards for black kids from Inglewood no matter how good their grades, might Famuyiwa’s film be accused of the same? Okay maybe that’s being unfair, but Dope premiered at this year’s Sundance, meaning it was presumably filmed before the events in Ferguson, Missouri in August 2014; one can’t help but wonder if Famuyiwa would give is a different kind of message film if he were making it today. 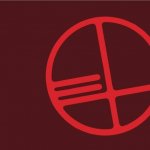 Previous
An Interview with Andy Moor of The Ex 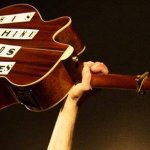 Next
Joe Solo – We Shall Overcome