Brawl in Cell Block 99 wallows in its own grotesquery past the point of endurance, says MacDara Conroy

[dropcap size=big]T[/dropcap]here’s a scene in S Craig Zahler’s debut feature Bone Tomahawk that perfectly encapsulates the dread and terror for which that post-modern horror-western has been celebrated. But it doesn’t have anything to do with the cannibal tribe that awaits our protagonists as they ride out into the unknown on white America’s frontier.

At one crucial moment, Patrick Wilson’s character, one of a posse of five finding themselves far less adept at their mission than expected, takes refuge from the fray behind a small rocky bluff. The frame fills with the ferns that surround him there, giving an ominous kind of shelter. They’re just ferns, but there’s something about the way the primitive fronds hang over him, protecting and oppressing in equal measure; a reminder that they were here long before us and will likely survive our extinction as a species. They’re symbolic of the stark, cold fact that there is no refuge from nature.

It’s an in to reading Zahler’s more ambitious follow-up, Brawl in Cell Block 99. There’s a similar tone and pace, and a complementary theme: there is no escape from the horror of life, nor the banality of evil. But the results prompt more conflicting feelings, which bely the fairly bold simplicity of the story.

Vince Vaughn is Bradley Thomas, a working-class schlub the film introduces as he’s let go from his job at an auto shop. Hardly in the best of moods, he arrives home to find his wife Lauren (Jennifer Carpenter) has been seeing another man, one with clearly violent tendencies. It prompts what’s bound to be one of the more talked-about scenes as Bradley refocuses his anger by destroying Lauren’s car — smashing a window, tearing off the bonnet and ripping out a headlight with his bare hands.

The subsequent scene as Bradley and Lauren hash things out is serene by comparison, but pregnant with violence; as Bradley commands the couch, laying out in all but words that he’s a self-aware psychopath, Lauren perches on an armrest across the room, conditioned for flights if/when the mood turns. It tells us everything we need to know about our anti-hero, before the rest of the film expects us to forget it.

Anyway, this is all just the set-up for what’s to happen when the story jumps forward 18 months, with Bradley and Lauren’s lives transformed. They’ve got a fancy new house, and a baby on the way. Shame it’s a lifestyle funded by Bradley’s new job as a drug runner for local kingpin Gil (Marc Blucas). You can probably figure out what happens next: A new assignment with a Mexican cartel goes awry, landing Bradley in prison on a seven-year stretch. He’s soon informed by an elderly gentleman visitor (B-movie veteran Udo Kier) that Lauren has been kidnapped and faces a forced abortion, unless he can take out a specific inmate who’s apparently ensconced in ‘Cell Block 99’ of a much higher security prison overseen by the sadistic Warden Boggs (Don Johnson, clearly cast on the back of his role in hardcore noir Cold in July).

So begins a trail of bodily destruction as Bradley fights his way to the final boss through a succession of increasingly monstrous villains and medieval scenarios that plays like a barely grounded version of The Story of Ricky. It’s also a preposterously elaborate revenge fantasy in the vein of Oldboy, crossed with the frenetic hand-to-hand fight choreography of The Raid. Zahler — as director, writer and composer, like a 21st-century John Carpenter (not that Carpenter isn’t still around) — knows exactly what he’s doing here, constructing a modern-day exploitation film from the key selling points of the most celebrated and notorious of recent cult classics.

The results make for uncomfortable viewing, to say the least. But not only for the graphic depictions of grievous bodily harm, taken to an excess that verges more on the horrors of Pasolini’s Salo than your average grindhouse gorefest. In short, we need to talk about Bradley.

Vaughn’s ‘everyman’ seems like a very specific set of choices in this climate. He’s a flag-waving ‘patriot’ but the film leaves that open to the Trumpian definition. He’s not outwardly racist to colleagues, but abides others’ language, and doesn’t hesitate to goad people into fights with racial epithets. His shaved head, replete with non-specific gothic cross tattoo, is absolutely a dog whistle to neo-Nazis. Even if the cartoonish final shot (no spoilers here, I promise) might betray what low regard Zahler holds for such people, Bradley is quite deliberately designed to appeal to white supremacists, and that is a problem. You’d have to be naive not to at least be curious about the intent. That curiosity on this viewer’s part is enough to give pause.

Yet there is no denying the power of Vaughn’s performance here. Playing starkly against his usual type, his hulking presence brings an aura of violence to even the most innocuous of actions. And when he does strike, every hit counts. But more than that, amid all the chaos around him, the Grand Guignol settings and the quotable dialogue (Warden Boggs gleefully refers to a wall of torture devices as something “Amnesty International would frown upon”), Vaughn’s Bradley is as believable as he is ridiculously superhuman, as paradoxical as that statement might be. He’s an easy psychopath to root for.

But it’s all a bit too much. Over a lengthy running time — pushing past the two-hour mark when a leaner 90 minutes would help — Brawl in Cell Block 99 wallows in its own grotesquery past the point of endurance. There are moments of crowd-pleasing comeuppance, but they are few amid the near unrelenting bleakness of it all. There is nothing here that is not intended by its maker, but that does not put those intentions beyond question. 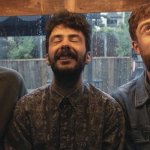 Previous
Half Forward Line – The Back Of Mass 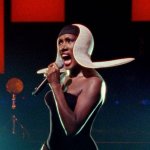