The subject of documentary Bobby Sands: 66 Days is ‘a figure full of contradictions’, says MacDara Conroy

Bobby Sands – what does that name mean to you? Martyr? Hero? Villain? He’s both all and none of those things, depending on whom you ask. How about artist? You may never have even considered that one, but the idea is central to Bobby Sands: 66 Days, Brendan J Byrne’s documentary about the Republican prisoner whose infamous, and lethal, hunger strike against the denial of his and fellow inmates’ political status became a significant turning point in Anglo-Irish relations at the height of the Troubles.

The notion comes early on, when journalist Fintan O’Toole describes Sands’ self-mortification as an “artistic triumph”. But what exactly does he mean by that? Byrne’s film shies away from explicitly interpreting the Sands story through such a lens, but what’s made very clear – through contemporary reports, talking-head interviews with fellow prisoners many years after the fact, and especially the man’s own writings – that he was fully aware of the symbolism of his actions, of the dramatising of his suffering. As were the propagandists within the Republican movement, of course, as the image of Bobby Sands, the one with the smiling face seen painted or stencilled on walls, would grow as iconic as Jim Fitzpatrick’s Che Guevara, both transcending and arguably obscuring the man himself, a figure full of contradictions.

We learn that Sands was a individual steeped in tradition, in particular the 1920 hunger strike of Terence MacSwiney, though did not himself come from a Republican or overtly political background. He was an articulate, philosophical, learned man, but one educated within the prisons like Long Kesh where he spent most of his adult life. His actions, and their price, prove he was a man of absolute conviction, but it’s unclear quite what it was he stood for.

Byrne’s film acknowledges this, to its credit, as it also calls out the fetishistic romanticisation of Irish Republicanism as a cause, but the picture remains muddy. With dismay, it overstates the role Sands and his death played in prompting the IRA – Provisional, Real or otherwise – to change their tactics; bombings and murders, of military and civilian targets alike, would continue for another 17 years, till the tragedy at Omagh finally drew a line under the carnage. Byrne fails to probe Sands on his stance on such acts as they occurred in his lifetime; it’s all well and good to cite his preference for suffering as the ultimate victory, but his silence on violence speaks volumes.

There are other things the film doesn’t do so well. The Protestant, Unionist view is largely absent from the tale. It’s not theirs to tell, of course, but bar the usual blowhards, we don’t really learn what they made or make of Sands. We hear a lot of what Thatcher and the Tories in Westminster had to say – and let’s be fair, they treated Sands like they treated Mandela, both branded terrorists beneath contempt – and a few experiences of a single prison officer who even today doesn’t seem to appreciate the whys and wherefores. But there’s little of the wider cultural perception among those who didn’t subscribe to the nationalist or Republican cause. A bridge that still needs to be crossed, perhaps.

The format of the film, too, is structurally restless, from recitations to re-enactments to animated interludes (these are beautifully done, by the way), which at times threaten to detract from the power of the story, or worse, distract from the questions it fails to answer. But in its strong sense of the power of the image throughout, it stays true to that notion of Bobby Sands the artist, rather than the martyr. It makes much more sense now that Turner Prize winner Steve McQueen would have been drawn to the Sands story, the subject of his debut feature Hunger. The personal as political as art – art whose meaning remains in the eye of the beholder. 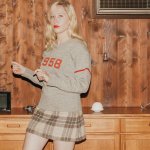 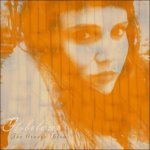 Next
Globelamp – The Orange Glow