Much has been made of the horror-movie overtones of Black Mass, the dramatisation of the James ‘Whitey’ Bulger story. There’s the title, for one, taken from the book by investigative journalists Dick Lehr and Gerard O’Neill that inspired this saga of a violent two-bit gangster’s rise to power and the FBI insiders who made it happen. It conjures up the requisite occult imagery to match the often vampiric appearance of Johnny Depp in the lead role, resembling less the actual man he’s supposed to be playing than he does Gary Oldman’s ghostly Count Dracula in that film made by the director best known for his own mob sagas.

But I digress from the real distractions in Black Mass, Depp’s exaggerated make-up and glassy eyes being just the tip of the iceberg. There’s a lot of story to pack in here, and Scott Cooper’s film is nothing if not restless in its scene-setting, establishing Depp’s Whitey as a ghoulish figure to be feared right from the get-go. But the visual is all we have to go on, as he has his random assembly of fellow do-badders Stephen Flemmi (Rory Cochrane), Johnny Martorano (W Earl Brown) and new boy Kevin Weeks (Jesse Plemons, Bridge of Spies) for the dirty work, and his political mover-shaker brother Billy (Benedict Cumberbatch) to give him an air of influence over the city of Boston, and his tight-knit Irish neighbourhood of Southie.

Things only start changing for Whitey when he meets John Connolly (Joel Edgerton), an FBI agent and local boy made good who seeks to make a name for himself with the bureau through a secret deal: Whitey gives him intel on his rival gangs so Connolly can bust them for the glory, and Connolly rubs his back by covering Whitey’s trail as his empire expands. It’s a devil’s deal that can only have one outcome, and when Whitey’s psychotic side starts to consume him after the death of his son – and finally eats him up after the passing of his beloved mother – the desperate spiral of doom is inevitable. Depp is undeniably a ham in this demonic characterisation, but he has a malevolent charm that works in a pantomimish sort of way.

The problem is that the structure of the film we get takes away from its central concept considerably. A whole host of supporting characters get thrown into the mix – Dakota Johnson as the mother of Whitey’s child, Julianne Nicholson as John Connolly’s put-upon wife Marianne, Kevin Bacon as bureau chief Charles McGuire – only to drop out of the story whenever the plot is done with them, never to be seen again. Some gain prominence just because: Connolly’s FBI colleague John Morris (David Harbour) becomes a co-conspirator for no discernible reason; hard-nosed prosecutor Fred Wyshak (Corey Stoll) appears out of nowhere as Whitey’s – and Connolly’s – greatest foe, with zero build-up. Others still, like Peter Sarsgaard’s unhinged mobster Brian Halloran and Flemmi’s moll Deborah (Juno Temple), come across as bigger parts whittled down to nothing but red flags for Whitey’s cruelty. (It’s a fact that Sienna Miller’s role as Whitey’s latter-day love interest ended up on the cutting-room floor for ‘narrative reasons’, which, considering the waste of the talents that did make it into the final cut, is probably for the best.)

Couple that with a grab-bag of subplots that take Cooper’s film in every direction but the one it should be going, and a vague timeline – telegraphed by ostentatious costume design – that comes to an abrupt halt with no sense of 20-odd years passing, and you can see why going in cold, Black Mass makes a lot less sense than it thinks it does. You can get the whole story in much more comprehensible fashion from Lehr and O’Neill’s book, or from the slew of documentaries on the subject, none of which are lumbered with this film’s diversions and parlour tricks. 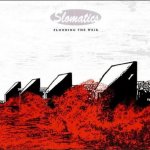 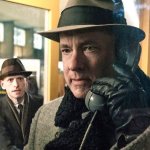 Next
Bridge of Spies