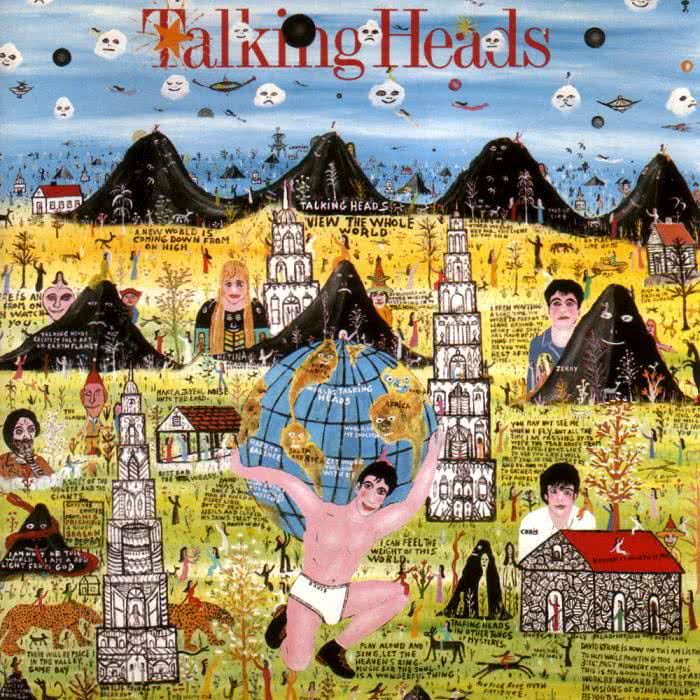 Talking Heads‘ most immediately accessible album, Little Creatures eschewed the pattern of recent Heads albums, in which instrumental tracks had been worked up from riffs and grooves, after which David Byrne improvised melodies and lyrics. The songs on Little Creatures, most of which were credited to Byrne alone (with the band credited only with arrangements) sounded like they’d been written as songs. Perhaps as one result, the band had been streamlined, with extra musicians used only for specific effects rather than playing along as an ensemble.

Byrne, who was singing in his natural range for once, frequently was augmented with backup singers. The overall result: ear candy. Little Creatures was a pop album, and an accomplished one, by a band that knew what it was doing. True, Byrne’s lyrics were still intriguingly quirky, but even his subject matter was becoming more mature. “I’ve seen sex and I think it’s okay,” he sang on “Creatures of Love,” and suddenly the geek had become a man. Where he had once pondered the hopes of boys and girls, he was now making observations about children. And even if his impulses remained strange — “I wanna make him stay up all night,” he declared about a baby (presumably not his own) in “Stay Up Late” — he retained his charm and inventiveness.

Little Creatures was, in a sense, Talking Heads lite. It was hard to think of this as the same band that produced “Psycho Killer.” But for the band’s expanding audience, who made this their second platinum album, that was okay. And their popularity was being accomplished with no diminution in their creativity.

Remember the three listens rule before commenting, which can be done either further down the page or on the forum.