Overview:
The Shape of Punk to Come: A Chimerical Bombination in 12 Bursts, often shortened to The Shape of Punk to Come, is the third album by Swedish hardcore punk band Refused, released in October 1998 through Burning Heart Records. The album's title is a reference to a track on The Nation of Ulysses' second album Plays Pretty for Baby, which itself was a reference and shares its title with Ornette Coleman's 1959 avant-garde jazz album The Shape of Jazz to Come. 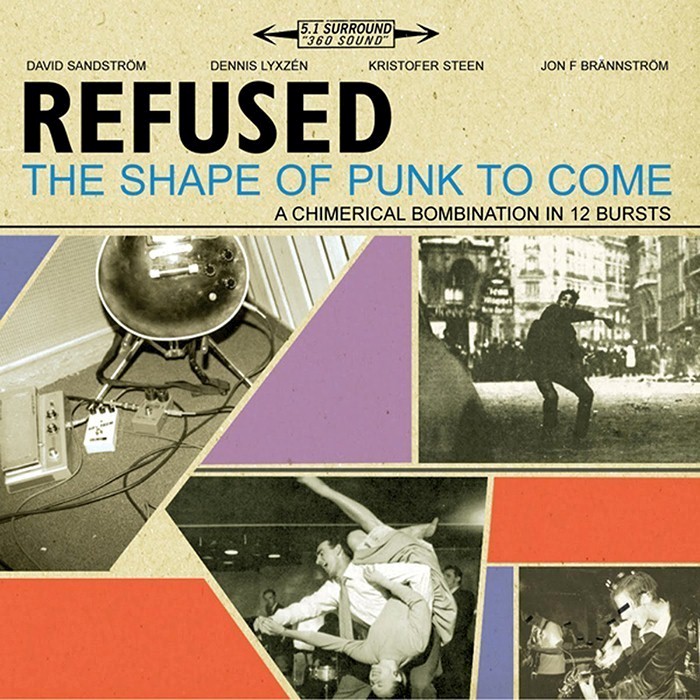 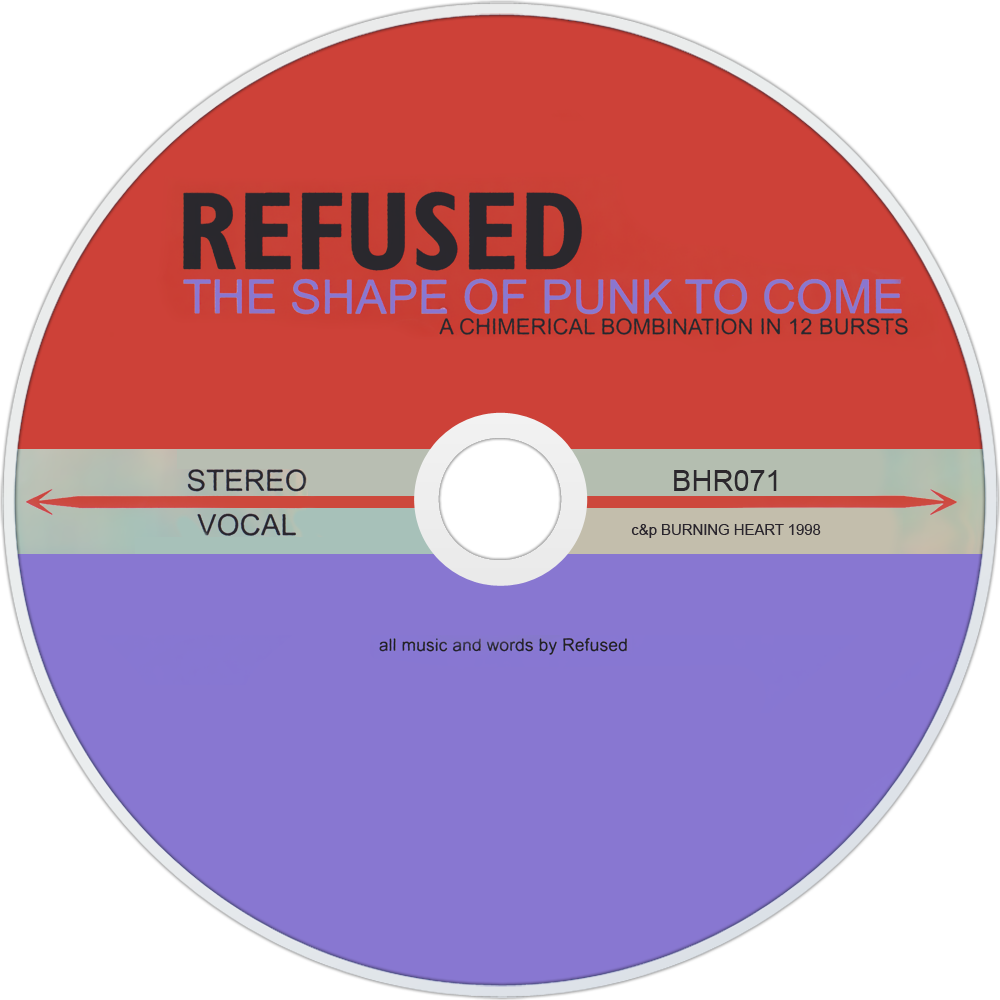 there ya go @Shaney?

I'm still getting to grips with the last one

and I still don't know anything about them.

It's worth looking at what they were doing in 1994

Uurgh. Lads. The screaming. This sounds more metal than punk

ok I'm warming to it now a bit

Voice is still irritating though

enjoyed my first listen, have to say, though it take a few songs to start getting use to what was going on.

hah, I was thinking this exact thing.

Or rather, I was about to ask where the line between punk and metal was cos, after listening to this, I'm fucked if I know.
G

I sold it years ago. Has not held up. Always thought it sounded like Rage Against the Machine(unlistenable now). With loads of extra rubbish to take away from it.

i used to have a tape with refused on one side and turbonegro on the other. i must have had to listen to the refused side to get back to the start of the turbonegro side but i don't remember much about it...

I dunno if I can do this. The screeching sounds like that satirist guy who imitates Joan Burton.

These haircuts became the International Noise Conspiracy, which is one of the few bands I've ever walked out of, as I thought they were just absurd, trying to live out some Rolling Stones/Primal Scream fantasy. I was there to see the support Rival Schools, and was redeemed by the deadly openers, the just-about-to-be-massive one-hit wonders the Hives.

not too much love for this out there, it seems. I'm not done with it yet. I was away for a couple of days and wasn't really in a position to listen to anything with anything close to my full attention.

Plus, its Stars of the Lid week. Nothing could be further from SOTL than Refused, and when all you want to listen to is SOTL......

I'm listening again this morning. Its my 4th listen so far.

I didn't take much from my first listen. As others mentioned, the voice is a bit too full on, too soon. I don't even mind it that much now, but christ, its hard going when its that in-your-face so soon.

By listen 2 my thoughts were, theres quite a bit of good stuff here, but its become an exercise in filtering it from the stuff that really isn't doing it for me. And that stuff, the stuff I don't like, it's that bad that it does its best to just drown away anything I might like.

For example, Protest Song '68 seems a bit all over the shop, Refused are Fucking Dead, likewise, but then I kinda like The Shape of Punk to Come.

I'm thinking its worth persisting with this for another while, cos I could end up really liking some of it.

But fuck me, its hard work.

Will stretch to 2/5 because thats as much as my ignorant ears thinks it deserves at this point.

You're deliberately giving this one a second week, aren't you @pete?
Music information in first post provided by The AudioDB
New posts

I think I'm coming round to the stratocaster