“Play it in the background? Fine, no bother, nod your head along to the hooks. But close listening on headphones? That’s a workout for the ears.” – MacDara on Torche‘s Harmonicraft.

It makes a lot of sense that Torche come from Miami. It’s a party city, and Torche are a party band – if you take their brand of euphoric, ebullient pop-metal as evidence as such. It’s a bold approach to mix melody and heaviness the way they do, without compromising either. That boldness, too, is right there on the album sleeve of their latest effort, with its pink hues and rainbows and cartoon animals on clouds. It’s not an irony-laden juxtaposition but a sincere representation of the band’s intentions: ‘We want to make you happy, so rock out to these numbers!’ If this generation needs its own Van Halen, Torche might just fit the bill.

With their breakthrough Meanderthal in 2008, Torche hit upon a formula that worked: sludgy, fuzzed-out riffs of varying speeds, laden with pop hooks and soaring vocals. Four years on (plus a change of label and guitarist) and here comes Harmonicraft, an attempt at refining that recipe, putting more emphasis on the ‘pop’ side of things without scrimping on the rock. Perhaps with an eye towards grasping the brass ring of festival stage immortality?

That’s definitely the impression from opening number ‘Letting Go‘, with its pounding, polyrhythmic drums and Flaming Lips-gone-metal vibe, not least in frontman Steve Brooks raising his voice an octave to match Wayne Coyne’s trademark nasal delivery. It sets things up nicely for the anthemic single ‘Kicking‘ – really, you can almost see the lighters raised aloft in the crowd when you hear it – which flows into the balls-to-the-wall punk thrasher ‘Walk It Off‘ and the triumphant ‘Reverse Inverted’ which, in terms of songcraft at least, wouldn’t be out of place on the band’s previous recordings. There are no shrinking violets here – “just solid, intense Torche”, according to bassist Jonathan Nuñez.

But that’s part of the problem, too. The slick production sheen from the normally reliable Kurt Ballou and Alan Douches (mixing and mastering, respectively) allows for very little dynamic range, particularly when compared to the similarly loud but more spacious-sounding Meanderthal. The result is that listening to Harmonicraft’s first half becomes an exhausting experience. Play it in the background? Fine, no bother, nod your head along to the hooks. But close listening on headphones? That’s a workout for the ears. By the extended chugging repetition of the bland ‘In Pieces‘, that title will seem pretty apt.

And that’s a pity, because you might well give up on Harmonicraft before the gems in the more sonically varied latter half, from the tempo-shifting depth and heft of ‘Skin Moth‘ to the muscular euphoria of ‘Kiss Me Dudely‘, the drifting posi-doom of ‘Solitary Traveler‘, the instrumental harmonics of the title track (echoing fellow genre-blenders Helms Alee) and the epic atmosphere of ‘Looking On‘. Those five tracks alone are shoo-ins for any future ‘Best of Torche’ comp.

Alas, the decision to front-load the album with fist-pumpers was clearly a bad one; tiredness is surely not the effect Torche were aiming for. If only they’d mixed up the track order! Better to stick it on shuffle to create some contrast and give the stronger tunes a chance to stand out.

Harmonicraft is out now on Volcom Entertainment. 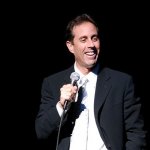 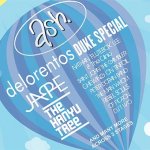