“So, maybe after all, the kids are sometimes alright” – Dara Higgins on FEWS recently released debut, Means

With a band like FEWS, I always temper my excitement. It sounds, for all the world, as if Modern English are back. Or is the real influence an entity who have already parsed the genre’s progenitors and passed their ideas off, prosaically, as their own? Interpol? Editors? Some other, flavour of the month regurgitator? It was better in the old days, I croak in my old man voice. But that’s the thing, it was, I swear. That’s why when you’re still writing about new music in your 40s, you’re a sad fool, desperately attempting contemporary relevance while holding the doublethink that all new music intrinsically rips off all that was good many years ago, with diminishing returns.

So what’s the best case scenario? An album like Means, by Swedish/American 4 piece FEWS. A record that bumps along with frenetic energy in such a way that the tempos and the energy itself are creating their own impetus. Sure, you can hear influences, and oftentimes when you stick on a album that purports, deliberately or not, to fit into the post-punk canon, the obvious references stick out a mile and make me seek the solace of the originals. But with MEANS, the first thing that takes you is the boundless enthusiasm, the clarity of the sound, the steady, invigorating metronomic clip of the drums.

From instrumental calling card opener I.D the record gallops out of the gates. The Zoo sucks you in, a sped up Poptones, dissolving in a mess of screeching guitars. The Queen seems the least formed of these opening tracks. The simian Ian Brown-esque vocals are off-putting, and the weak guitars are the album’s one real downer. Latest single 100 Goosebumps ramps up the MPH, the double slap on the drums is Leibzeit-esque, albeit faster than the Maestro might be inclined to go. Like nearly all tunes, it clocks out around the 3 minute mark. Nothing outstays its welcome, but equally some songs don’t have time to develop a personality of their own, or are lacking one to begin with. The high end interplay of the crystalline guitars on Drinking Games or Zlatan is not, in of itself, an idea, and is in danger of becoming a trope. Luckily brevity and the aforementioned energy tend to prevail.

Keep On Telling Myself is the record’s necessary, gooey centre, a moment of near-introspection. It builds into a beautiful, shiny chorus. The motoric chug, Sumner-alike guitars and synth squeaking of Ill mark it out as the album’s stand out track. At 8 minutes, it proves they’re not afraid to explore the merits of repetition, and the layers of dark noise add an intrigue that a couple of the other tracks could really do with.

So, maybe after all, the kids are sometimes alright. 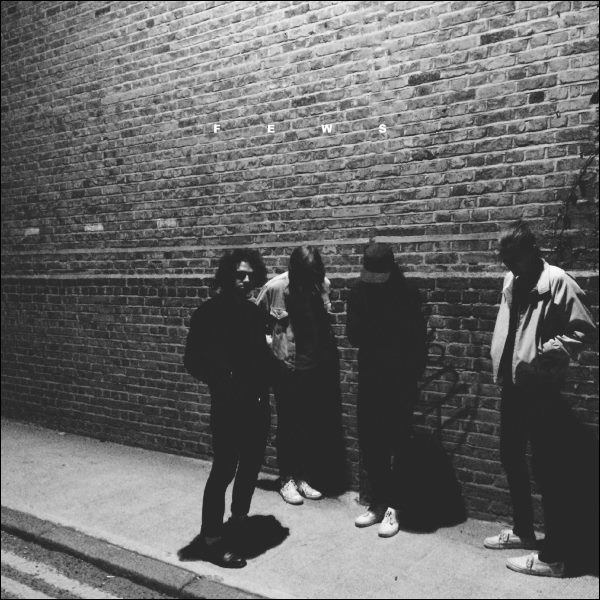