Popicalia returns with the second-best Christmas gig this holiday season

The lineup for this festive spectacular is Autre Monde, Lie Ins & Ginnels. This will be Popical Island’s first gig in the Drop Dead Twice Taproom, which coincidentally enough is also the venue for this year’s #1 Christmas Gig, which is taking place the previous Friday (15th) and which you will obviously also be going to.

The band’s first four singles were championed by Nialler9 (“a delight”), The Irish Times (“displaying a fine-line of early-1980s-inspired rock”), State.ie (“immediate sophistication”) and The Thin Air (“as debut material goes, this is as good as it gets”).

“With jangly, infectious melodies and a sense of mischief in the witty lyrics ‘Death To Lie Ins’ rattles along at a fine pace, slowing only to reflect on some wryly observed reminiscences.” (Golden Plec)

Lie Ins have recently released a slew of double-A-side singles. The most recent pair-up of the songs “Loose Lips Are for Losers” and “Sweet Glaway” was described by the Thin Air as “a catching burst of first-rate lo-fi indie-punk that will, if you let it, burrow in the inner ear for some time. “

Ginnels
Ginnels is a solo project by Grand Pocket Orchestra and No Monster Club guitarist/bassist Mark Chester, with live friends Paddy Hanna, Bobby Aherne, Roy Duffy and Ruan Van Vliet. It’s kind of like your favourite Byrds and Feelies records being drowned out by your dickhead neighbour’s stoned ‘noise jams’. Except actually good. 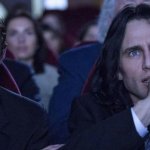 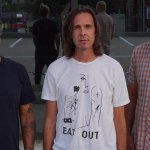