Tickets are on sale now for the Phantom 105.2 New Year’s Eve Party at the Village with Fight Like Apes & Rock & Roll Rescue Squad.

Following the success of the band’s second album – ‘The Body Of Christ And The Legs Of Tina Turner’. The new album sees their intrepid sonic stevedores sink deeper and darker into the treacly tar pits of their collective dank and fetid imagination. Here indie monsters are called out and slain limbs are severed. Puke stained lipstick smears tell of your ice cream demise, as elsewhere hookers’ victims politely remove their brains. Diamond hard tunes with pitch black rhymes and ridicule – Fight Like Apes take the tumescent cadaver of 21st century pop and hotwire it with a million volts of electro-punk therapy. The album reached number one in the digital and indie charts in the first week of release and debuted in at number 3 into the National album charts.

Having played one of the defining gigs of the summer at the Electric Picnic, fans can see FLA ring in the New Year at the Village, Wexford Street, Dublin as part of the Phantom 105.2 monster New Years Eve Bash….. 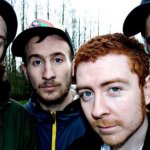 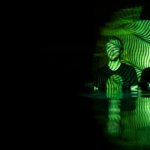