And So I Watch You From Afar have lined up three (count ’em) gigs in Belfast this Friday.

After performing 150 live gigs in 2010, ASIWYFA have announced three Belfast shows for Friday December 17th  to “…ensure their home fans had a chance to see them live in their home city to end what has been the most perfect year for the band.” Their perfect year included nominations for XFM New Music award & the Choice Music Prize, plus American, Irish, UK & European tours including Sonisphere, SXSW & Eurosonic appearances. Keeping busy, so.

The band had to add the third gig after tickets for the two previously announced shows were snapped up. The details are: 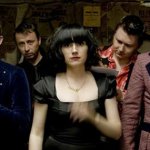 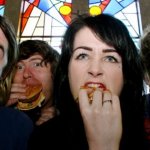