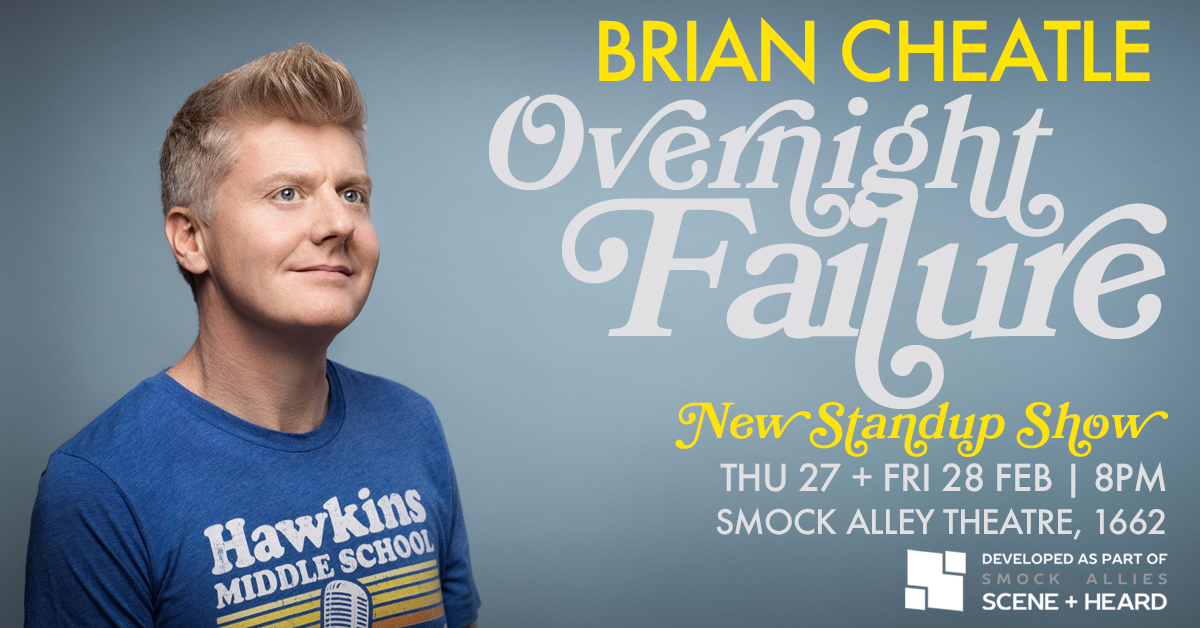 "Achieving this little took a lifetime"

Enjoy an evening of comedy and music in Smock Alley Theatre on February 27th & 28th from Brian Cheatle, host of Retro Vision: The Terrible Movie Show, and Jack Cawley, professional music nerd person, as part of the Scene and Heard festival.

Overnight Failure – Brian Cheatle
One day you’re writing a sitcom for Comedy Central USA, the next you’re cutting your own hair. In his stand-up special, Brian suddenly finds himself middle-aged after decades of screw-ups.
Written + Performed by: Brian Cheatle. Produced by Caroline Swords.

Jack takes a Noise for a Walk – Jack Cawley
Jack came by Dublin some moons ago via Sligo, Galway + Saturn (slight return). He has a background in electronics, composition and holds an MPhil in Music + Media Technology from TCD. He plays several instruments and can even write music with dots and everything. This evening he may use some of these skills, but more than likely won’t. Jack likes treading carefully on the line between noise and music- at some point a song might even break out, who knows? He likes barbecued halloumi, and words like ‘fricative’.
Written & performed by: Jack Cawley

Tickets are available now from TicketSolve for €10, or €13 on the night.

Next
Star Wars: The Rise of Skywalker