Logikparty have been announced as support for Killing Joke‘s March 2nd gig in The Button Factory.

Logikparty‘s debut LP Oh, Cult! is due for release in the next month or two via The Richter Collective.

It’s been a long adventure for Killing Joke since their conception in 1979. Since then, the band has gone through numerous internal conflicts and line up changes, the only two constant members being Jaz Coleman (vocals, keyboards and arrangements) and Geordie Walker (guitar). Last year, all founder members were finally reunited.

Until meeting at the funeral of Paul Raven, former bassist for Killing Joke as well as Ministry and Prong, Jaz Coleman and Paul Ferguson (drums) had not spoken for nearly 20 years. Their reconciliation meant plans were hatched for a new album as well as for a worldwide tour which kicked off in Tokyo last September. The tour saw the foursome delivering critically acclaimed performances at sold out shows to loyal fans and new devotees alike. 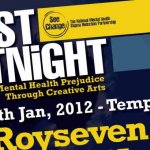 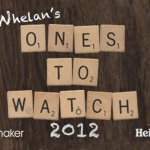