The Kilkenny Arts Festival opens this weekend, with this year’s ‘Wired’ strand featuring the likes of Jape, The Dinah Brand, Josh T Pearson, A Winged Victory For The Sullen, Laura Sheeran & more.

The Wired strand kicks off this year with a wonderful gig in the Set Theatre. Mick Flannery returns to Kilkenny Arts Festival with his soulful, full-throated voice and sly lyrical wit joined by Seamus Fogarty who writes songs about mountains that steal t-shirts, women who look like dinosaurs and other unlikely scenarios. Another musician returning is Cian Nugent who packed out St Canice’s last year. This August, he makes a welcome return to Kilkenny for an intimate show at St John’s Priory. His music blends his passion for everything from 1970s singer-songwriters to jazz and traditional sounds into a deeply personal style. St Canice’s will be host to American pianist Rachel Grimes whose unique minimalist style has inspired a host of alt-rock bands. She is joined by Ireland’s Katie Kim who makes slowcore, ethereal, ambient folk/pop.
Since 2004, The Archie Bronson Outfit have made a name for themselves with their unique brand of aural assault – mixing gritty rock songs with cacophonous, pulsating electropop. They’ll be supported in the Set Theatre by Dublin’s The Dinah Brand who write songs in thrall to The Byrds, Fairport Convention, and Michael Hurley.
Kate Ellis, co-founder of Kaleidoscope Nights (massively popular last year) is back in the Set Theatre with Resound – a laid-back, electro-acoustic affair bringing together some of the brightest talents on the Irish arts scene. Composer Linda Buckley; rising star Laura Sheeran; jazz maestro Francesco Turrisi; traditional fiddler Adrian Hart; John Lambert (aka Chequerboard); award-winning poet Billy Ramsell and visuals from Jane Cassidy and Rory Tangney. The ever-popular New Music Night comes to the Left Bank with another mouth-watering line-up of emerging talent incl. multi-instrumentalist Abigail Smith; Trumpets of Jericho; Mayo five-piece The Manhattan Syndrome; Ana Gog and Kilkenny’s own Peter Lawlor (aka Replete)
3EPKANO have been wowing & entertaining the Kilkenny arts Festival audiences for the last couple of years and this year team up with Iarla Ó Lionáird to perform a live score to another spine-tingling classic, Der Golem. Paul Wegener’s 1920 horror film about an antique dealer who stumbles across a golem – a clay statue brought to life centuries earlier by a Rabbi. This chilling night will be in the atmospheric St Canice’s Cathedral
Starting out in 2003 as a solo project for Richie Egan (bassist for The Redneck Manifesto), Jape uses an innovative mix of live instruments and techno wizardry to fashion its eclectic blend of meticulously crafted lyrics and upbeat electronic rhythms. Brooklyn duo Warm Ghost who specializes in autumnal, ambient synth-pop will support them for this cool evening in the Set Theatre
Josh T Pearson who delivers aching, bittersweet songs in a haunting voice accompanied by acoustic guitar returns to Kilkenny for an intimate evening in Billy Byrne’s on John St. He sounds “like a doomed angel singing over a desert storm” and will be supported by Dublin-based Rhob Cunningham’s delicate acoustic songs which combine deft lyricism with soaring melodies.
Last year Adam Wiltzie, formerly of Sparklehorse teamed up with Berlin-based composer and pianist Dustin O’Halloran to form A Winged Victory for the Sullen and the result is a “gem” (Mojo) of an album that takes ambient soundscapes in new and lush directions full of soaring strings, rich arrangements and touching motifs. As Paul Lester wrote in The Guardian, “you won’t feel sullen after this, you’ll feel victorious”. They’ll be bringing their unique sound to the Set Theatre. 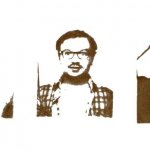 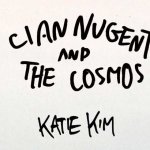