Cian Nugent is bringing his full band along for a seated show at The Button Factory on August 16th with Katie Kim.

[iframe width=”100%” height=”300″ scrolling=”no” frameborder=”no” src=”http://w.soundcloud.com/player/?url=http%3A%2F%2Fapi.soundcloud.com%2Fplaylists%2F1933820&show_artwork=true” ]
Cian Nugent & The Cosmos
Cian Nugent is a guitar player from Dublin, Ireland whose music combines personal passions, such as suburban/coastal blues, traditional musics, 1960s & 70s singer-songwriters, psychedelic rock, jazz ambitions, 20th century composition and the Takoma school of guitar music into a deeply personal style. His music boasts an orchestrated and fully instrumented sound that is playful and eerie at the same time. Over the past 4 years he has toured with people such as Jack Rose, Steve Gunn, Glenn Jones, Micah Blue Smaldone, Ben Reynolds, Nalle, The Family Elan, George Stavis, Jozef van Wissem, and James Blackshaw throughout Europe and the United States. Cian’s debut studio album Doubles came out in June 2011 on US label VHF after an EP in 2007 and a live album, Childhood Christian Lies and Slaughter in 2008. And 7″ Grass Above My Head b/w My War Blues followed in May 2012. Over the past year a new set of Cian Nugent and The Cosmos band action has developed. New material shows the added influence of the eternal flow of transnational desert blues, psychedelic thoughts on rock and the campaign to legalise jamming.
Katie Kim
Katie Kim is the pseudonym of Katie Sullivan when she performs and records her Slowcore, ethereal, ambient folk/pop. Paired with vocals that have been compared to Zola Jesus, Coco Rosie, Cat Power and Joanna Newsom, the music revolves and swims around layers of fuzzy drips and murky clouds but always seems to come to an elegant conclusion. 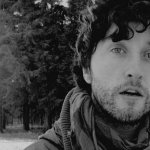 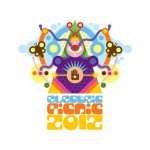