Details of the first Meteor Camden Crawl Dublin have been announced. The two day event on 11th & 12th May will take over 15 Dublin venues for performances by 100 Irish & international acts.

May 11th & 12th 2012 marks the launch of METEOR CAMDEN CRAWL DUBLIN, a brand new live music event, taking place in 15 Dublin venues between Camden Street and Temple Bar. Rather the opposite of what its ‘pub crawl’ title implies, this Crawl is a music connoisseur’s dream.

The eclectic line up will boast more than 100 hotly tipped International and Irish live acts, along with some very special guests. METEOR CAMDEN CRAWL DUBLIN 2012 will be a marvelous two day musical adventure across Dublin city and is the first ever sibling event of the original Camden Crawl which has been running annually in London since 1995.

The line-up for METEOR CAMDEN CRAWL DUBLIN has been democratically selected by an invited panel of many of Ireland’s best known DJ’s, promoters, media and music heads, who will each host venues on the Crawl. The initial line-up confirmed to appear includes:

Tickets go on sale Thursday 16th February priced at €40 for a weekend tickets & €25 for a daily (plus fees) from tickets.ie, entertainment.ie and the rest of the usual suspects. 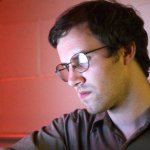 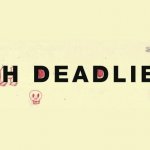