Skinny Wolves have announced a performance by Los Angeles noise composer John Wiese at The Joinery on 1st April.

JOHN WIESE
John Wiese is an artist and composer from Los Angeles, California. His ongoing projects include LHD and Sissy Spacek, but is known for his collaborations with many artists as diverse as Sunn O))), Wolf Eyes, Merzbow, Thurston Moore, Bastard Noise, No Age, Smegma, Kevin Drumm, Cattle Decapitation, and C. Spencer Yeh as well as his work as a solo artist. He has toured extensively throughout the world, covering Europe, Scandinavia and Australia as a member of Sunn O))), the UK as part of the Free Noise tour (a tentet including Evan Parker, C. Spencer Yeh, Yellow Swans, etc.), the United States alongside Wolf Eyes, and recently performed in the 52nd Venice Biennale with artist Nico Vascellari. While releasing albums on a variety of international labels, Wiese often releases work on his own label, Helicopter.

His newest release “Seven of Wands’ on German label, Pan, was mainly developed while touring the US, UK and Europe with Liars, No Age, and (in quadraphonic) Matmos, and feature source material contributed by Angus Andrew (voice, field recording) and Julian Gross (percussion) of Liars.

Seven Of Wands contains a romanticism only hinted at previously. Comprised of pieces from a range of eras and sequenced into a narrative arc, this very unique album has a quality of being beautiful, listenable, immersive, and transportive all at once. He probably wouldn’t like this, but I dare say “musical.”

Tickets will be available soon from tickets.ie and will be €10. 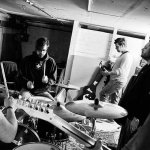 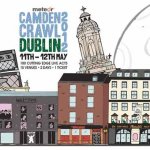