Thumped’s Random DVD trip: Wherein Hector Grey enters the Xtravision across the road and grabs the first couple of things that appear in the shelf. This week: Paranormal Activity 3 & Chronicle.

We never really went away, you know. And now we’re back, asking the pertinent questions once more. When will the jerky, grainy, handheld, first person genre just go away, and is the most terrifying thing about the Paranormal Activity trilogy the fact that seemingly ordinary people with brains are still going to see them?

Paranormal Activity 3 differs significantly from the other movies in this franchise, as the number 3 is decidedly dissimilar to the number 2, or indeed the absence of a number at all. Once you’ve gotten your head around that, the usual problems are there; how do we make our characters go everywhere with a poxy camera? How do we make nothing happen? How can we make a mint without spending a red cent?

In this instalment of a seemingly never ending hole of mediocrity, the bulk of the action is set in 1988, when our two protagonists thus far in the franchise, Kristi and Katie, are nippers, and delves into their oft referred to past. It tries to give us the genesis of the haunting that has hitherto afflicted our heroines, by way of a found VHS tape in a box of old crap dropped off by Older Katie. Or Kristi. One of them, anyway. It features the two children’s mother and live in boyfriend, Denis, and of course, some unseen, yet filmed, malevolence. As a man who films weddings for his living, and has an editing suite in his garage, it’s no leap of faith to imagine Denis would indeed go absolutely everywhere with this massive VHS camera with him, being terrified and looking out for the kids, filming a door closing, filming a car journey and the like. When he tries to save one or the other from the unseen evil in the house, he wouldn’t put the camera down for a second, despite its cumbersome weight. Of course he wouldn’t, would you? It wasn’t cheap, one imagines. And he is, after all, a professional, and thus must record everything that happens. It’s his passion. Oh, dear. When will this premise, a fool running toward, or from peril, filming all the while, become stale? Many years ago, you say. I think you’re right.

Where the footage is collated from is less clear, as scenes are put together from various tapes, including the one where Denis is filming the editing of the tapes. There really is no way to get around the fact that this film, this edited VHS tape, couldn’t possibly exist, unless it was edited together by the evil entity itself. But this is Paranormal Activity 3, and if we’re watching it, we’re idiots, so we’ll let that particular, glaring, plot hole slide over to the side there. It’s not alone.

On top of the simple plot holes, there’s a coven, and some grimoires, an imaginary friend and a whole Rosemary’s baby schtick taking place. Crucially, there’s few scares, little tension. PA has always played off the fact that real tension is created by nothing , NOTHING, ever happening, then paying everything off with a boo! Remember the first film. Yer one gets out of bed and stands next to it for a few hours. That was kind of terrifying, despite nothing happening. Nothing happens in this movie either, except it’s not terrifying, except in the way that you suddenly realise: FUCK. I’m not getting those hours back. They’re gone. I could have painted a picture with the kids, fed the ducks, fixed the toilet seat, written a review of some terrible films. All those things you didn’t do, because you watched this movie instead. Now, doesn’t that make the flesh crawl? Paranormal Activity wins again.

On the subject of first person filming, there’s Chronicle. This wasn’t a film about a local newspaper, as it happens, but one about some friends, who aren’t really friends, that discover some super powers. It is, I’m sad to say, filmed in the first person. Haven’t we just watched one of them movies? Haven’t we watched thousands? Blair Witch worked, because they were filming a documentary, and, well, it was the first (Last Broadcast worked too, but then that was a documentary…wasn’t it?) From Blair Witch, to Chronicle, via Paranormal Activity and every other film recoded by someone running to, or form, peril, filming all the way, there is always, ALWAYS, someone who questions why the person filming is doing so much filming. Usually they take this opportunity to create the reality that we have to invest in: that the filming creates a barrier between the filmer and what is actually happening around them. That means that it never seems real to them, viewed through an aperture. It can work in every situation, from faintly horrific to just going to the local Tesco. After all, who wants to engage with that? So, we, the viewer, the person behind the person behind the viewfinder, can relax and disengage. This person must film everything, they must chronicle. It helps them make sense of a fucked up world, and also, they’re fucking autistic.

Andy, a local dweeb, has started to film everything. Possibly because his dad is a raging, abusive alcoholic. Possibly because he’s fucking autistic. Anyhoo, he walks around, narrating the grim confines of his life. Lunch, bullies, indigent and effete mother, abusive, alcoholic dad, his Rick Danko look alike cousin. Matt, and some rave in a barn he’s dragged to, despite being now half dweeb, half camera. After ejection from said rave by a bully (darned bullies!) Andy meets local cool dude and future president of the United States, Steve, and together with Rick Danko, they discover a hole in the ground with some weird looking installation from a Duran video in 1982, all aglow. What happens next, we can never be sure, because the camera falls to the ground. It often happens in movies such as this. Anyway, whatever it was has given our chums some super powers. They have telekinesis, they can manipulate objects from afar. Such as Lego! After a while they agree that they can only use this awesome power to annoy. Some ground rules are put down. Everyone can fly. Andy becomes popular, briefly. There’s more crap CGI flying. Andy’s mother becomes ever closer to death. I thought at this stage Andy was going to discover that he could cure the sick, but no, he just uses his awesome power to fling some bullies (take that, bullies!) across the street and steal their money so he can buy the very expensive medicine his mother needs. Having made a total of fifteen cents from the blokes who sit at the end of the street drinking, Andy realises that the near destitute, mumbling drunks aren’t the richest seam of cash he could mine, so he knocks over a gas station instead, with disastrous consequences. It wouldn’t occur to him to knock over the chemists, would it?

This is all still being filmed, of course, though now we’re intercutting it with cctv footage, footage from phones, incidental and circumstantial cameras and Andy’s personal hover cam, which he apparently has following him everywhere. After all, if you had telekinetic powers, you would want to expend them making sure a camera was hovering near by. One must suppose that this is a “clever” manipulation of the first person, hand held genre. It really just goes to show how wafer thin the entire premise is becoming. Anyway, there’s a falling out and the erstwhile friends thrash Seattle in a scrap that’s as pointless as it is convoluted.

With a script quite clearly written on the back of a packet of fags before the fug of a overzealous drug binge has worn off, and characters gleaned from The High School Cliché almanac (1984-2012), this film needed to look pretty spectacular to make it work on a level that a person with a vocabulary exceeding 42 words might appreciate. Of course, that was never going to happen. The flying would make David Copperfield wince in shame, and that’s pretty much as good as it gets. What went wrong here? It’s kind of hard to know, because it’s kind of hard to know what it was supposed to be about. Andy is fucked up, his dad is a deadbeat, his mother is terminally unwell. The two things might be related, but it’s not explored. He gets super powers. He’s still a fuck up. You see, he couldn’t control his rage, so it ended badly. Steve, well, he was a superman to begin with, and Rick Danko, well….well, I don’t fucking know. I just don’t fucking know. Seriously, couldn’t you fly somewhere interesting? Girls changing room for a start? 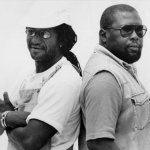 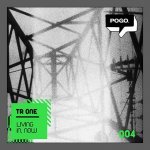 Next
Tr-One – Living In, Now